Game Recording Software: The time is gone when people used to play offline games. Now, with technological reforms, a wide variety of mobile games has captured the gaming world. Recently trended, PUBG has shown up how young youth and even every age person is addicted to online gaming. And recording these games has become a new age addiction. 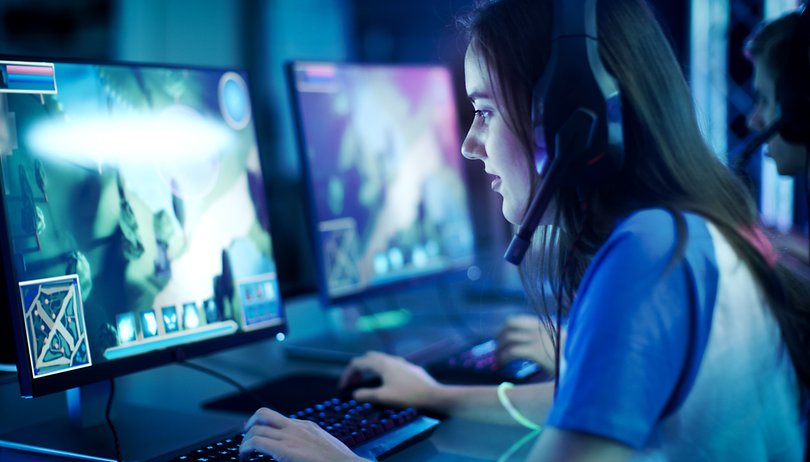 We’ve discussed below 14 best game recording software for Windows and Mac, according to us. Let’s have a look at the list.

Action also called Mirillis action! It is the most popular and commonly used screen recorder and gameplay recording software. The Action allows you Greenscreen mode, which will enable you to change the background and cut it as per the requirement.

2. It supports a wide variety of high-resolution video recordings varying to 2K, 3K, and 4K!

5. With its stunning feature of slow-motion effects, make your game recording more entertaining and original.

D3D is considered to be the fastest game recording software. It doesn’t hamper the performance of the other applications working in the background like other software does. It works smoothly without overburdening the CPU.

2. It allows saving the video in formats like mp4, AVI, and more.

3. It enables us to customize the recording resolutions, frames.

4. It allows you to have commands on its audio setting, and you can also save the audio in the second audio track.

Next comes to the list in the Windows 10 inbuilt 2019 update features. With Windows 10, you don’t need to download any other third-party app or software to screen record your game. It is straightforward to use the Window 10 game bar. If you want to open the game bar function, just press Windows + G.

It will start then and start recording the game and as well as the other applications you are using besides. And when you want to close that press, Windows + G again. Alternatively, you can enable it from setting/gaming/game bar.

2. It allows live streaming of video to the world via Microsoft mixer.

Open broadcaster software entirely free and open-source method of recording games. It is light weighted softwares and with the easy-to-use facility. These come with the stunning program that gives out of the box features.

It supports multi-streaming platforms like Facebook live, Twitch, YouTube Live, and more. Despite being free, it does not left behind in providing high-quality video capturing experience.

1. It comes with multiple themes.

2. Overseas a free game Screen Recorder and also comes with a premium.

3. It comes with a powerful configuration option.

3. Not a game recorder, but it can be used for recording purposes.

4. It is easy to use and comes with the basic features of game recording software

Bandicam is a video and game recording software similar to WM Capture. Bandicam provides a variety of features, and it is a value for money. It comes with various features like it allows recording, adding logos in between, and various editing options.

So the next software that comes in the list is Dxtory. And one of the most interesting features of the Dxtory screen recorders it captures the video in the original pixel data as it is. It provides high-speed work with minimal load. Screenshot can be saved while recording. It is simple and easy to use the software.

Simple application software used by gamers to screen record games. fraps generate and save the video files in AVI format. In fraps, after recording the video, one can convert the format to MP4 if they want. Fraps allow real-time video capturing experience. This software can be used in direct X or Open GL graphic Technology. Fraps allow you to take a screenshot while recording. This type of software gives very high quality.

3. Record the file in AVI format.

XSplit Gamecaster are boom tool designed for game performance. It is a turnkey live streaming and recording application software. Best suited for fastidious gamers who don’t want to waste their time in complex setups. X Splits games come with minimal setup and configuration settings, which make it super easy to use. Provide good quality and lifestreaming experience.

2. XSplit Gamecaster Comes with over 300 themes in varying color and in different functions.

3. It comes in a free HD version, and premium versions are also available.

4. Easy to use and swimming without complications.

The only drawback of this software are they can only be used with Nvidia graphics cards.

2. Allow live broadcasting to the world work with the platform like Facebook, twitch, streamed up 720p resolution at 30 frames per second.

3. It can record specific in-game stages such as end part or Special Task part.

Smart pixel, as a name suggests, the smart pixel is smartly made software to record screen. It comes in recorder Mode, camera mode, producer mode. With smart pixel music, effects, background, beautification, can be made easily. Smart pixel can record the full screen or in PIP mode that is picture in picture mode.

1. Vast variety of modes to choose from.

5. Have good control over audio

5. Takes little space on the screen.

MSI afterburner is worldwide used the graphic card. It is free of cost. It is similar to the Nvidia Geforce Experience. MSI afterburner provides facilities like changing frame size choices of compression. Its video setting are highly customized. The various formant are MJPG, VFW, NVIZ, and RTV-1. It takes some of the configuration settings to start recording.

3. Contain all the commonly used formats.

Play.tv is very easy to use. It starts recording automatically when you started to play; its features are very easy to understand. Play.tv allows you to have short clips of moments like death, kills, bomb plants. Play TV pops up on the screen when the recording and game have been completed. Play.TV allows various editing tools, and they are comparatively very easy to use as to other software. It is a very good software for the Gamers who don’t give any shit to any such Complex setting while playing the game

2. Its comes with fine editing tools.

The recording process is very simple, and it comes with both audio and video sets. Video gets saved in both AVI and WMV format. Its specialty is in screencast video and games. It works on Windows Vista, Windows 8, Windows 2003, Windows XP.

Above given 14 of the best game screen recording software, which will make your video one step ahead. If you are YouTube, it is a plus point to use any of these softwares to make your video content more eye-catching and allows your followers to understand the game better. In conclusion, with these softwares, you can capture your game memories and make them last longer!