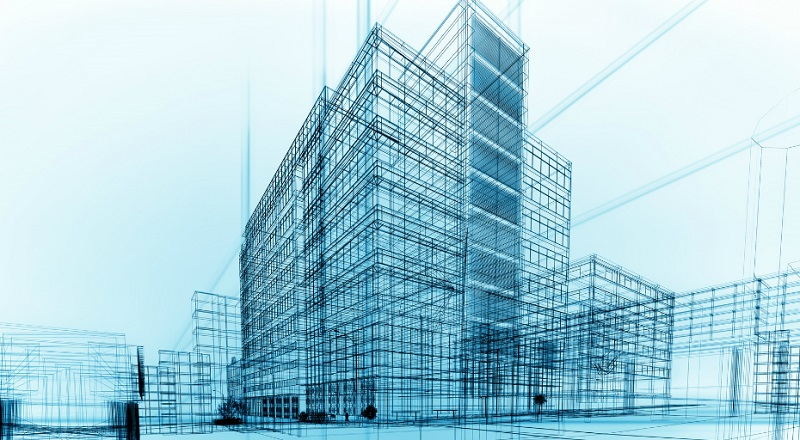 The full form of AEC is A for Architecture, E for Engineering and C for the Construction sector. Today, there are the number of software solutions available. The challenge will lie in between narrowing down of products to choose from. If anyone wants to start, then they have to look at the best building information software solutions.

Here, we have discussed the top 10 Building Information Modeling Software. If anyone is confused in choosing the softwares, then we are here to help. They can go through that list of top 10 softwares and then decide which one is best or suitable for them.

The third software which we will discuss is Revit. Let us discuss in detail about the software. Revit is also known as Autodesk Revit, and Autodesk is related to its developer. Revit is the building information modelling software which is used in structural engineers, landscape architects, architects, mechanical, electrical and plumbing (MEP) engineers, contractors and designers. The development of the original software was done by Charles River Software in the year 1997.

Then it was renamed as Revit Technology Corporation in the year 2000. Autodesk acquired that software in the year 2002. This software allows the users to design a structure, building and also its components in 3D. It also allows access to the information of building from the building model’s database. Revit also annotates the model with some of the 2D drafting elements.

The first software which we will be discussing is Autodesk BIM 360. The Autodesk BIM 360 helps us in many ways like the first one is connecting, organizing and optimizing our projects. The second one is It reduces risk, also improves the quality and deliver the projects on time and even on a budget.

It helps in accelerate and enhances the decision making, connecting our team and in predicting the outcomes of the project. It helps us to go from design to construction all within a single platform. Autodesk BIM 360 also assists in profitability and predictability while using innovation in our business. It also helps in connecting the workflows and data with BIM 360.

The other software which we will discuss is Tekla BIMsight. Tekla BIMsight is considered to be a professional tool for construction project collaboration. The entire construction workflow includes their models, share information and check for clashes by using the same BIM environment. It is easy to use as a construction tool.

It enables the project participants to identify the issues and solve them already in the design phase before construction. Tekla BIMsight is free of cost to download from the website. There is over 1,50,000 professionals in the construction company or industry using Tekla BIMsight over 160 countries.

The fourth software which we will discuss is Procore. Procore is a software that manages the projects, financials and resources from project planning to closeout. The platform connects the project contributor with the owner and general or speciality contractor.

The fifth software which we will discuss is BIMx. BIMx is a desktop set and mobile software tools to interactively present the 2D documentation and 3D model of Building Information Models created with the help of ArchiCAD through the much more straightforward and intuitive interface as compared to ArchiCAD’s complex BIM authoring environment’s UI.

The developer of BIMx is Graphisoft. It was firstly released in the market in the year 2011 of June. The operating system used by BIMx are Windows, iOS, Mac OSX and  Android. The core engine of BIMx was developed originally by s Swedish developer. Graphisoft acquired Zermatt in the year 2010.

The sixth software which we will discuss is PriMus IFC. its the bim quantity software that allows extracting accurate metric data directly from the BIM model projects. By using PriMus software, a person can get free access to an extensive Construction Cost Estimating Database of price books and also online price lists over 6 million items, prices and materials for plant and building engineering works.

How does PriMus IFC work?

Let us discuss how the PriMus IFC works? Let us discuss the answer to that question. By using PriMus IFC, a person can open and view the model of the IFC in the program’s internal viewer. It allows to select individual IFC entities in the BIM model and also prepare the relating quantity take-off for the entire project.

The seventh software which we will discuss is AECOsim Building Designer. It provides the information-rich models to simulate, develop, analyze and also helps in document buildings. It is the most powerful software. It includes the capabilities to design structural, architectural and electrical systems and even for construction documentation.

The application is widely used by professionals across the construction industry to make informed business decisions all over the world. There are some other benefits are also exists for using that software. Let us discuss them in detail. It enhances the overall quality of the project and offers a high return on investments. It also helps the users in managing lower project costs, saves time and also reduces the risks of the project.

The eighth software which we will discuss is Hevacomp. Let us discuss in detail. Hevacomp is a software that is specialized in Building Information Modeling (BIM) software that is intended for creating the energy-efficient buildings through predicting in accurate real-world performances.

The ninth and second last software, which we will discuss is VisualARQ. Now, let us discuss in detail. VisualARQ is the commercial architectural BIM software that works just like a plugin Barcelona of Spain. It is developed by AsuniCAD. It was initially released in the year 2009.

Then it was stably released on the 30th of January, in the year 2019. The operating system which is used by VisualARQ is Windows 7, Windows 8, Windows 10, Windows Vista and also Windows XP. This software is available in languages like Spanish, French, English, German, Italian, Chinese, Czech and Korean. Now, let us discuss the versions of Visual ARQ.  VisualARQ 2.4 was released on 30th of January, 2019. It was the last version that released.

It comes with a feature of the graphical user interface that enables the engineers to visualize the structure models dynamically. It also facilitates easily accessible input or output functions, manipulation of data and also calculates the properties of section shapes.

Now, let us discuss the benefits of Midas Gen. Its easily and accurately performs the linear and Nonlinear Structural Analyses. It also performs a Pushover analysis. Midas Gen analyzes the construction stage and Floor Vibration. It also provides Blending effect, helps in merging of data and files and Building Generation Wizard. Another feature is of Dynamic Report Generation.

Here, we discussed the top 10 Building Information Modeling (BIM) software. Now, it depends on the user or customer to choose the best or suitable software according to them.