INTERNATIONAL BROADCASTING CENTER, ORCHARD PARK, NEW YORK (WIVB) – Athletes have used a variety of demonstrations, both before games and during the national anthem, to call attention to social injustice in the United States.

The Bills’ intentions for the week leading up to their season opener versus the Jets were uncertain, but they made it plain that the squad will remain united. 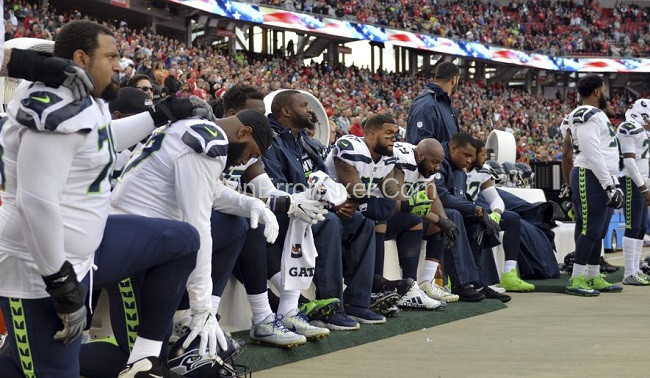 During the Playing of the National Anthem, Both Teams Remained in the Locker Room.

It was a consensus among the team members and something we discussed in preseason. Bills defensive end Jerry Hughes said after the game, “We came together as a team and we felt like for us we were going to stay in the locker room as a team because it symbolises unity.”

The Bills are doing more than simply talking about social injustice; they’re actually doing something about it. More than 4,500 Buffalo kids and educators will have access to high-speed internet during the first week of the new school year because to the efforts of this team.

There are two things about which I am extremely pleased and pleased with myself. First, the fact that we’re carrying out our collective decision and remaining steadfast, and second, the actual outcome. Bills head coach Sean McDermott said after the game, “I’m really happy of what our guys have set out to do in the community to promote positive change, hopefully in our neighbourhood.”

We were able to reach that conclusion as a group of men, and we all agreed that it was the best course of action, allowing us to concentrate on finding a solution and moving on.

Hughes elaborated, “Our main focus is on how the kids can have internet, and we’re just going to keep moving forward as far as having some type of answer.”