One of the great travesties for sports video games was when Electronic Arts bought an exclusive rights deal with the NFL in 2005. There is no arguing that the Madden video game series is one of the pioneers for sports gaming. However, only having one NFL game every year has made the product stale and boring.

Much like betting on march madness, producing quality content with video games comes through solid competition. Ask gamers who enjoy playing football games of any generation whose favorite games are, and you will get many different answers. However, modern gamers can basically only pick Madden. Here are a few noteworthy titles over the years that broke the mold.

Tecmo produced several great versions of NFL games. Tecmo Bowl was released in 1989 and helped create the legend of Bo Jackson he has lived with ever since. While Jackson was a great two-sport athlete, there is no way he could avoid all defenders and run in circles around the field for three minutes to score touchdowns. 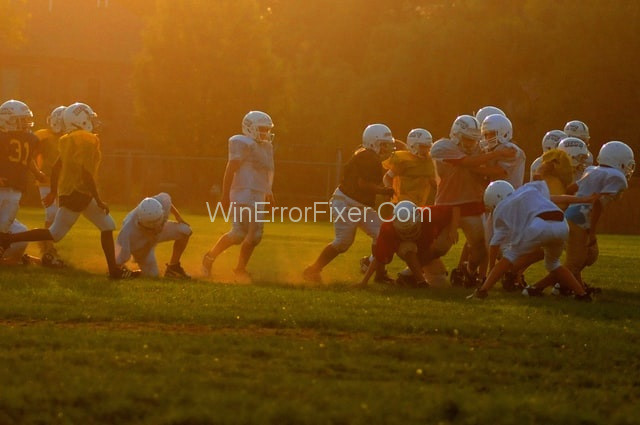 But as a game, which was originally reached to arcades in 1987, Tecmo Bowl brought a fast-paced fun steal, complete with in-game cutscenes to consoles. There were a few limitations to this game, as there were only 12 teams, despite being modeled after the 1988 NFL season, where there were 28 teams.

Due to graphics limitations, only nine players could be on the field at once. Players were limited to choosing from four players on offense and defense.

The Sequel was Much, Much Better

Tecmo Super Bowl came out in 1991. The game, which was released for the NES, Super Nintendo, and Sega Genesis, took the original game and beefed the game up tremendously. Players could now play five-minute quarters take timeouts; the game would keep track of season stats and leaders.

In addition, players could now choose from eight plays. There were a large number of cutscenes available, including following touchdowns, first downs, and the halftime show. Tecmo Super Bowl also featured depth charts, and players could use several substitutes based on what position the player was who got hurt.

When players got injured during a game, there would be a cutscene. When they returned from said injury, the game would show hospital staff waving to the player as he ran away from the hospital and back toward the field.

The Super Nintendo and Sega Genesis versions didn’t come out until 1993 and include the stats and players from that season. In that version, players can now also play in different types of weather, including snow and rain. All versions of the game allow players to use all 28 teams.

Get your Blitz on

Midway produced NFL Blitz as an arcade cabinet in 1997 before being ported to consoles. The game was an NFL equivalent of NBA Jam and provided a different look compared to other games.

All of the games featured up players with comically-enhanced physiques, featuring players with gigantic muscles. Gameplay included a seven-on-seven environment where positions are fluid.

In game antics included encouraging excess showboating and late hits. Players can take automatic extra points after touchdowns, but sometimes the game will throw in a miss. Tackles are more violent and comical than in a typical football game.

What Could Have Been

ESPN NFL 2k5 was the football game that got Electronic Arts worried. Not only was it an innovative, fun game, but Sega decided to launch the game and undercut Madden’s price. Released for only $20 on July 20, 2004, it became the 23rd highest selling game launched for the PS2, Xbox or GameCube.

In addition to fully using its ESPN license, incorporating a halftime show with Chris Berman and postgame interviews with Suzy Kolber, the game had a way to earn points to build up a players’ digital crib. In the crib, players could accept challenges from teams created by celebrities, including Jamie Kennedy, David Arquette and Carmen Electra.

In-game, players could choose a first-person player mode. When playing In this mode, players would see only what the player they selected saw and could play through an entire game. Also, when playing in the game, gang tackling was an important feature and was one of the first games to utilize having multiple players record tackles and sacks.