Before the PGA Championship in 2010, Golf Digest’s Ron Whitten created an interesting contraption out of a lamp and a garden hoe’s handle. There was nothing wrong with him. To count the bunkers Pete Dye had created at Whistling Straits, Whitten teamed up with caddie Bob Palm to deploy the gadget.

In the 21st century, the Straits Course has hosted three PGA Championships. It’s the most visually frightening golf course in the world. There are mounds, grasses, a lake that seems like an ocean, and possibly a couple bottles of Spotted Cow in this area that the gamer finds themselves in. 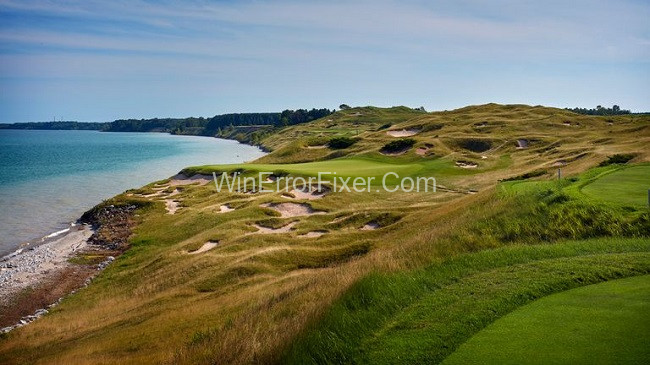 The bunkers, on the other hand, are the scariest of all. At the Straits Course in 2010, Whitten and Palm used a handmade machine to count 967 bunkers.

These will mainly serve as obstacles for clumsy spectators during this week’s Ryder Cup. While some could have a significant influence, only a few are necessary.

Whistling Straits has Ten of the Best Bunkers in the World.

The bunker on No. 2 is about the size of a kiddie pool, making it more of a psychological menace than a physical one. There are several layups and semi-lays on the par-5 second hole, and this tiny bunker is waiting to pounce on unwary golfers.

Turkey is ranked eleventh on this list – For this week’s tournament, the 11th hole will be reduced by 100 yards from the back tee to accommodate spectators. The new design eliminates one of the course’s premier layup zones while increasing the significance of the greenside bunker. If you miss to the right, you’ll be devoured by your Ryder Cup opponents, who will be using long irons for their approaches.

Left of No. 18, there is a lot of trash. This bunker may be considered a single bunker, but I’m the one who sets the rules here. A seemingly never-ending sea of bunkers sits to the left of the 18th fairway whenever a match reaches its conclusion. Most professional golfers have a strong anti-left swing, which they’ll need to use here.

There are times when your brain refuses to allow you take a risky shot, resulting in a bailout. This was one of those “ack!” moments, as I like to call them.

The 8th hole at Whistling Straits features a “ack!” bunker, which is located exactly where players might bail out on their second shots.

If the back tee is not used, the large bunker in the middle of the 10th fairway will be easily cleared by this week’s competitors. The smaller bunker 60 yards from the green will be more important in this case. You’ll pucker up in PG-rated terms when you see this picture.

Pete Dye designed this bunker in 1998 to keep the Big Golfers from cutting the corner on the par-5 fifth hole. I guess that’s a bust! Shorter players may struggle to carry the ball into the wind, while bombers can achieve an advantage of more than 100 yards.

The fairway elbow on No. 14 on the back nine should be a hotbed of Ryder Cup excitement. The bunker near the 14th fairway bend is around a 300-yard carry from the back tee. To hit it straight at the green, someone (Bryson) will need to hit it roughly 325 yards high. Here, wind direction and tee set-up will be critical factors in the outcome of the tournament.

This is the third trough in front of No. 12. There is a small but essential bunker just before the wild, legendary 12th green. Bunker 12 on Augusta’s 12th hole has a similar challenge when the pin is in the right corner: aim right of it and aim for the pin.

One of the most dangerous bunkers at Whistling Straits is the high one just short of the green on the par-3 No. 17. It’s in play for every pin. There is a steep lip that hides the right pins, while the left pins are difficult to attack, and the bailout is towards the bunker. Having the Ryder Cup at stake makes it a no-win situation for anyone in there.

On the 6th green, put your nose up to a pair of glasses. The middle bunker would be a snout in that case. Smaller than a bathtub, this bunker divides the putting surface into two discrete areas. Anyone who finds themselves in the bunker, however, will be faced with a nearly impossible up-and-down, even if they manage to get out.