The Red Devils overcame the Gunners 3-2 on Thursday in the Premier League, bouncing back from allowing one of the most bizarre goals you’ll ever see.

United’s farewell match under Michael Carrick got off to the worst and oddest possible start on Sunday against Crystal Palace, with new interim head coach Ralf Rangnick due to be in the dugout. 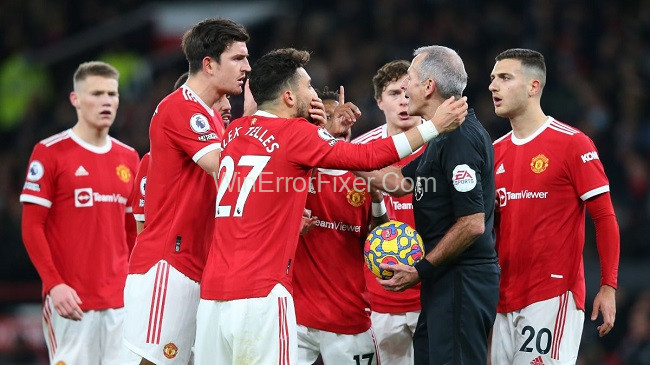 Despite United’s best efforts to defend a corner kick from Arsenal, goalkeeper David de Gea was forced to the ground with an injury after just 15 minutes.

As De Gea lay curled up on the goal line, Emile Smith Rowe volleyed the ball into an empty net from the edge of the area. Referee Martin Atikinson appeared to miss the incident and let play to continue.

Replays indicated that it was De Gea’s own teammate Fred who stood on his ankle, although Atkinson blew his whistle to suggest the goal had been disallowed at first.

Why Was the Goal Allowed to Stand?

After it was established that Fred, and not one of Arsenal’s players, stood on De Gea’s ankle, causing him to fall to the ground.

Any debate over whether or not the goal should be disallowed for foul play was moot. However, the role played by the intermediary man was critical.

Official Martin Atkinson appeared to be getting ready to sound his whistle for an infringement when Smith Rowe let fly with his shot. If he’d blown the whistle, the game would have to be restarted regardless of the score.

But the official didn’t blow his whistle, so even if he later decided a foul had occurred before the goal, he could have asked for a VAR review and changed his mind.

United may be upset, but they had to pay the price for not playing to the whistle and instead halting to wait for a free-kick, which is a major no-no in football.

David de Gea, goalie for the Red Devils, was brought down by a teammate, allowing the Gunners to score an easy goal.

The odd collision between Fred and David de Gea that led to Arsenal’s first goal at Old Trafford on Thursday left Manchester United fans in disbelief.