In the federal trial of the former Minneapolis police officers accused of violating George Floyd’s civil rights, the medical examiner who performed the autopsy testified on Tuesday. 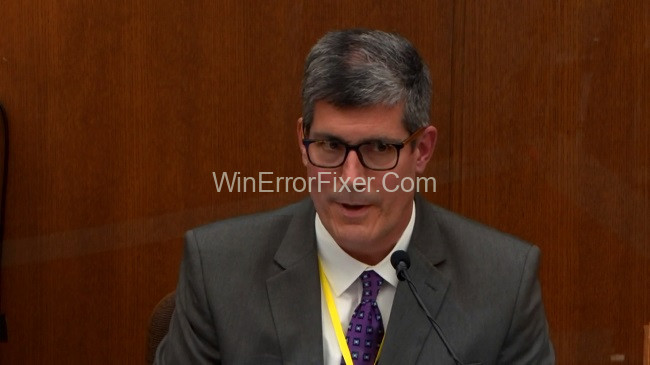 That “cardiopulmonary arrest complicating law enforcement subdual restraint and neck compression” was the cause of Floyd’s death.

According to Baker, Floyd also suffered from heart illness and had narcotics in his system, both of which played a role in his untimely demise.

Attorney for the defence Robert Paule grilled Baker at length on Tuesday about his history with “excited delirium.”

Baker noted that he has noted the disease as the cause of death on a few death certificates over his career, but he did not include it in his report about Floyd.

Andrew Michael Baker, MD, attended medical school at Iowa. He did his pathology residency at the University of Iowa Hospitals and Clinics and his forensic pathology fellowship in Minneapolis.

He’s a member of the CAP’s Forensic Pathology Committee and a fellow of the CAP. He has served as the Chair of the Academy’s Pathology/Biology division.

And is presently serving on the Board of Directors and the Executive Committee of the American Academy of Forensic Sciences, where he is also a fellow.

At the Hennepin County Medical Examiner’s Office in Minneapolis, Minnesota, Dr. Baker has been working as a forensic pathologist full-time since 2002.

Aside from his work at the University of Minnesota and Hennepin County Medical Center, Dr. Baker is also affiliated with the former.

The chief medical examiner for Hennepin County told the jury he was sticking by his original assessment.

That Derek Chauvin and the other Minneapolis police officers who had subdued and restrained George Floyd had caused his death by crushing his neck.

Since 2004, Dr. Andrew Baker has served as the county’s chief medical examiner, making him a crucial witness in the murder and manslaughter trial.

Where the defence will likely argue that Floyd died from underlying health issues and drug usage rather than as a direct result of Chauvin’s use of force.