Fitbit is a company that produces a series of products, including bands, smartwatches, and accessories that help you keep track of your health and exercise. These devices are aimed at helping you reach your fitness goals and improve your health. 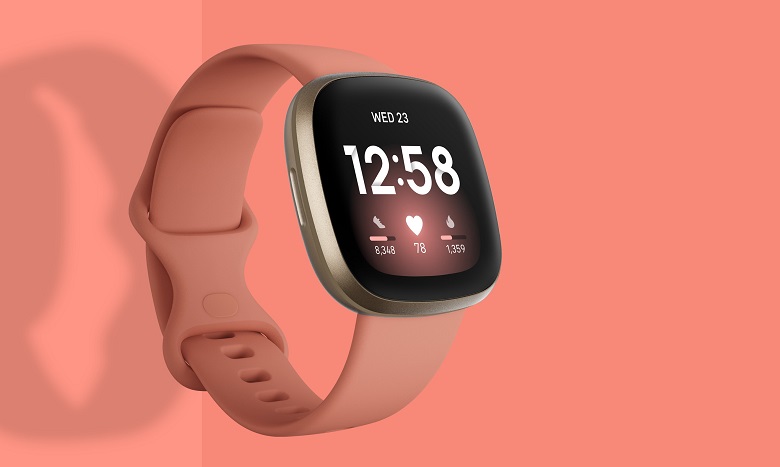 In this article, you will learn about the ways to fix the problem of your Fitbit not syncing with your phone or PC.

Cause of Fitbit Sync Errors

There are several reasons due to which Fitbit fails to sync with your device. It leads to failure of connection formation and transfer of data between them.

The causes may be-

How To Fix a Fitbit Tracker Sync Problem?

The root of the inability of a Fitbit device to sync with a phone, tablet, or computer is variable. The issue can be solved by applying the method specific to a certain problem.

Given below is the list of the best ways you can try to determine the issue and solve it so that your fitness journey carries on smoothly.

If your Fitbit is not connecting automatically, you can try to build a connection manually.

The steps to force this connection are-

Step 1: Tap on the memory card icon. Click on the name of the Fitbit tracker. Tap Sync Now.

For Mac or Windows 8.1 computers-

Step 1: Click the icon with the Fitbit logo near the date and time of your computer. Open the main menu. Click on Sync Now.

Check if the issue has been solved or not.

The process of transferring the data to your device is carried out using Bluetooth.

Check if your Bluetooth is turned off or on.

Step 1: Go to Settings. Click on the Bluetooth button. Turn it on if it is disabled.

If your Bluetooth is already turned on, you can try turning it off and on again after a few seconds. This also helps sometimes.

Check if the issue has been resolved or not.

3. Install The Fitbit App On Your Device

For the data to be synced on your phone, an official application of the Fitbit needs to be installed. If you forget to install the app, Fitbit will not connect to your phone or laptop.

Step 1: Open PlayStore on your Android device (App store if you have iPhone).  Type Fitbit in the search bar and select from the list

Step 2: Tap on the install button and wait for the download to complete

If you do not update your applications and software from time to time, lagging becomes a problem.

Step 2: Select it from the list. Tap on Update.

Check if the issue has been resolved.

5. Only Sync The Fitbit To One Device

If multiple devices are connected to one Fitbit gadget, you may face problems with syncing. In order to solve this issue, you should prefer connecting it to one device at a time.

You can turn off the Bluetooth on one device when trying to connect to the other.Go to Settings > Bluetooth > Disable. Check if the issue has been resolved or not.

If both Wifi and Bluetooth are turned on at the same time, it becomes difficult for the Fitbit device to build a connection and share files with your phone or laptop.

The only solution to this problem is turning off the WiFi to enhance Bluetooth connectivity. You can turn it off from the notification bar itself or go to the Settings > WiFi > Disable. Check if the issue has been resolved or not.

Although Fitbit products have a long-lasting battery, it is highly probable for you to forget to charge it on time. If it runs out of battery, it fails to sync to the phone or computer, so the transfer of the data cannot occur.

To avoid this, always remember to check your Fitbit battery and charge it before it shuts down.

Restarting any device, be it your mobile phone, laptop, computer, or tablet, is a way of refreshing it and fixing the bugs you might be facing.

Same way, for Fitbit devices as well, you can solve the issue of the failure of syncing by restarting it. For all the devices there are different methods to restart it, but it generally involves these steps-

Step 1: Insert the tracker into the USB cable. Connect to the adaptor or power source. Press and hold the main button for a few seconds.

Step 2: Wait till the Fitbit logo appears on the screen. Restarting does not affect or eliminate your files from the device.

You can also try and restart your phone or computer to solve the problem.

Resetting Fitbit Tracker is another way of getting rid of the syncing problem. But you have to keep in mind that it clears all the memory from your device.

You can definitely restore the data if it has been synced with your online Fitbit account. For each Fitbit device, the method of resetting varies. For some, it can be done using only the settings, while for others, extra steps need to be taken. Some do not even include the feature of resetting in their models.

Fitbit is a company that launches products that aid you in your fitness journey. They enable you to track down your health, record the data of your exercise, calories and wirelessly transfer it to your phone or computer.

Sometimes, Fitbit fails to connect with your device. This can hinder progress if not solved as soon as possible. The abovementioned are some of the most commonly used ways to resolve this issue.

Forcing manual sync, updating the application, restarting the device, disconnecting from other connected devices and others, are the basic things you should try before contacting customer care to fix the problem.

How To Clear Google Search History

Video Gaming Too Big To Ignore

How To Fix Not Registered On Network Error On Android

How to Minimize Idle Time During Business Operations Maintenance