The infant, named Kaiba Gionfriddo, was diagnosed with a rare disease that caused the collapse of one of his lungs’ airways during exhalation.

At barely six weeks old, the issue had already caused him to cease breathing and turn blue. Kaiba, although being on a mechanical ventilator, stopped breathing almost daily, necessitating resuscitation procedures. 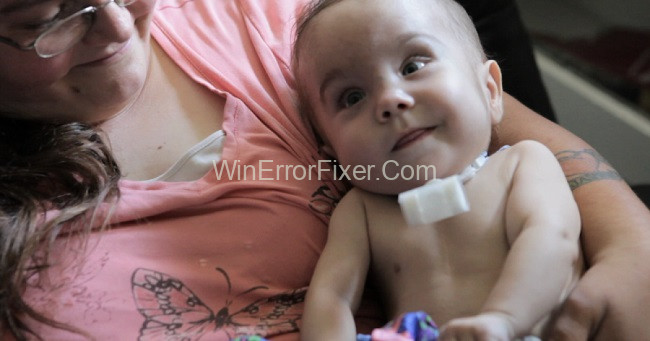 “We’d recently had a child in the hospital who died of this, and I said, ‘there has got to be a solution that we can discover for these kids.'”

A tiny, adaptable splint was 3D printed for Kaiba specifically, so it can keep up with his development as he gets older.

Professor of biological and mechanical engineering and study co-author Scott Hollister said they used a substance that would be metabolised by Kaiba’s body after around three years.

Late in pregnancy, doctors in Michigan discovered a big lump on the face of a foetus, and they worried it would prevent the infant from breathing when it was born.

It was unclear to the doctors whether or not the newborn would require life-support measures to maintain breathing.

The researchers revealed its findings in the Oct. 5 online issue of the journal Pediatrics, explaining how the use of 3D printing technology eliminated the need for speculation.

Dr. Albert Woo, a paediatric plastic surgeon at St. Louis Children’s Hospital, said that this was the first time 3D printing technology has been utilised in utero “to identify facial deformity and severity of airway risk with a newborn.”

After 30 weeks of pregnancy, the 22-year-old mother started having complications. The mother had an ultrasound, but due to the fetus’s position, the images were insufficient.

She then had an MRI, but the results still left doctors uncertain as to whether or not her airways would be unobstructed following delivery.

Doctors were concerned that if the baby’s airways were clogged, they would have to perform an intubation (the insertion of a plastic tube into the windpipe) immediately after birth to assist the baby breathe.

A tracheal splint was custom-made for Kaiba by him and a biomedical engineering professor at the University of Michigan, Scott Hollister, Ph.D., who used a CT scan of Kaiba’s airway to inform the device’s construction.

On February 9, 2012, they put the splint on the bronchus of Kaiba’s left lung after getting urgent approval from the Food and Drug Administration to do so.