On Saturday, 25 years after the explosion that killed 230 people on TWA Flight 800, the families of the deceased will gather privately.

For a memorial service before the federal government destroys the recreated wreckage of the doomed plane. 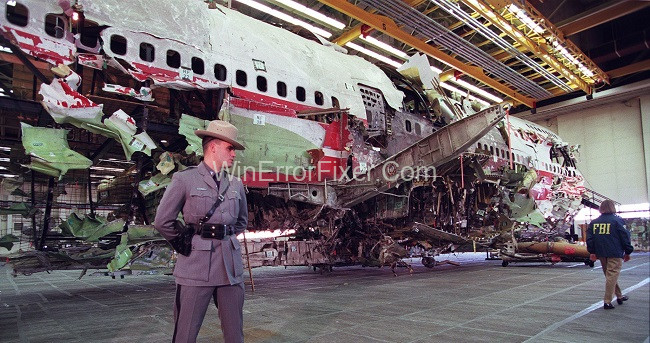 More than 260 miles separate the rebuilt Boeing 747 wreckage at the National Transportation Safety Board’s training site in Ashburn, Virginia, from the location of the service on Long Island, New York.

After utilising the repurposed wreckage in accident investigation training courses up until last week, the agency plans to decommission and destroy it in the coming months.

An NTSB official who was part of the original team investigating Flight 800 told CNN, “I think we’ve gotten to the point now that it’s appropriate to move on from that, but in a different way.”

Time: 12:12 a.m. EDT, aboard a flight from John F. Kennedy International Airport to Rome via Paris.

The crash claimed the lives of all 230 individuals on board, making it the third-deadliest aircraft accident in American history.

There was talk of a terrorist attack being the reason of the crash when NTSB investigators arrived the next morning to investigate.

As a result, a parallel criminal investigation was launched by the FBI and the New York Police Department’s Joint Terrorism Task Force (JTTF).

After looking into the matter for sixteen months, the JTTF finally declared that they had discovered no proof of any illegal activity and concluded the inquiry.

The wreckage of the plane fell into the waters of the Atlantic Ocean off the coast of Long Island.

About a year later, with the help of the Navy and fishing trawlers strapped to the seabed, investigators located and recovered more than 99 percent of the aeroplane and the remains of all individuals who had perished.