The Jasmine Revolution was a mass revolt in Tunisia that began in December 2010 and culminated in the ouster of President Zine el-Abidine Ben Ali in January 2011.

The media dubbed the rebellion the “Jasmine Revolution,” and its success sparked a wave of protests across the Middle East and North Africa. This movement became known as the “Arab Spring.” 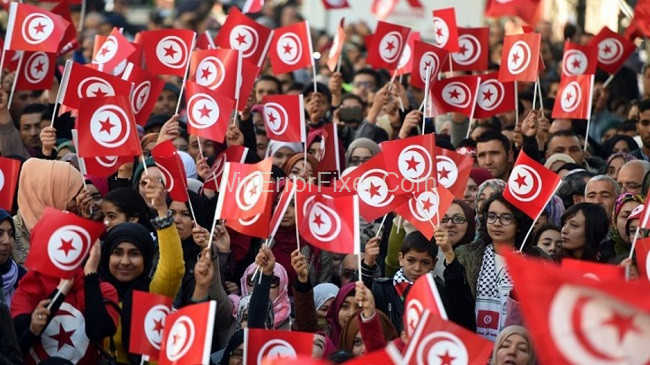 On December 17, a young Tunisian named Mohamed Bouazizi lit himself on fire in front of a municipal office in the town of Sidi Bouzid, located in the country’s central region.

Bouazizi was outraged when local officials kept demanding bribes and took away the fruit cart he used to support his family.

Authorities ignored his complaint, so he doused himself in gasoline and lit himself on fire.

His suffering became emblematic of the inequality and economic misery endured by many Tunisians during the Ben Ali administration.

Sparking demonstrations across the country against the country’s high unemployment rate, widespread poverty, and oppressive government.

In January 2021, Tunisians marked the tenth anniversary of the populist uprisings that toppled then-president Zine el-Abidine Ben Ali and ushered in a democratic transition.

While Tunisia has yet to fully consolidate its democracy, its government and people have made great strides in that direction over the past decade.

These include the creation of a pluralistic and liberal constitution, the holding of free and fair local and national elections.

The promotion of a flourishing civil society and media climate, and the establishment of political institutions based on inclusiveness.

But as he is ready to hold a referendum on whether or not his reforms should be approved, new obstacles keep popping up.

Former law professor Saied, who presents himself with a stern public demeanour, is rewriting the constitution to establish a presidential government.

Meanwhile, opposition to his administration has grown along with the collapse of the Tunisian economy.

On Thursday, the influential UGTT labour union went on strike in protest of proposed economic reforms.

Thousands have taken to the streets in protest, and every major political party has publicly opposed his referendum.

During a period of political unrest in Tunisia last July, President Kais Saied suspended parliament in what was widely viewed as a bloodless coup.

Many people back Saied because they believe his claims that this kind of harsh executive action was needed to clean up the government’s widespread corruption and inefficiency.

Many Tunisians, according to polls conducted at the time, thought that the country was not moving in the right way and that their high aspirations following the 2011 popular revolution had not been realised.