After the assassination of Archduke Franz Ferdinand of Austria in the summer of 1914, World War I (also known as “The Great War”) broke out and lasted for more than four years, concluding in 1918. Trench warfare and the large number of countries that participated in the conflict contributed to the deaths of almost 20 million men and injuries to over 21 million more.

Aspiring historians would do well to familiarise themselves with both the causes and consequences of World War I. Although the assassination of Archduke Ferdinand was the immediate trigger that ignited the declaration of war, numerous other reasons also contributed to the outbreak of World War I. (WWI). 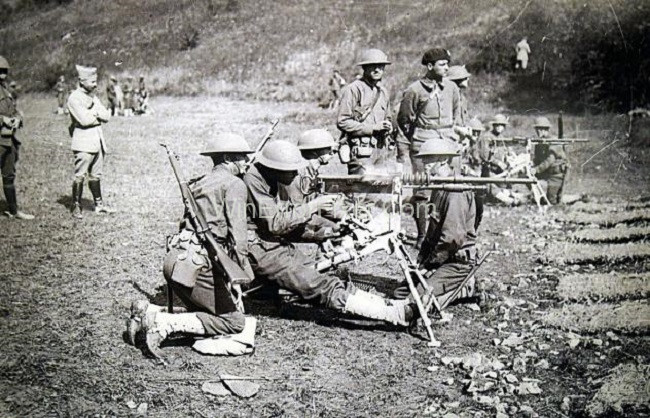 Several European countries in the twentieth century ruled over extensive swaths of area across the globe as part of their respective imperial empires. The British and French Empires were the two largest in the globe prior to World War I, and they colonised a variety of territories across Asia, Africa, and Europe.

As countries like Britain and France expanded their empires, it led to rising tensions among European countries, which contributed to the outbreak of World War I.

This phenomenon is known as imperialism. Conflicts erupted because so many colonies were taken through force. Many colonial nations felt exploited by their mother country, and widespread discontentment and hostility resulted when they were captured and placed under imperial rule.

In response to ongoing British and French expansionism, Germany, Austria-Hungary, and the Ottoman Empire formed the Allied Powers and the Central Powers, respectively, during World War I.

Serbian nationalism was a major political movement in the years before World War I. The roots of Serbian nationalism may be traced back to the 1850s, and two key events in that era have been linked to the outbreak of World War I. Slavic Serbs fought for their own country in the Balkans, separate from Austria-Hungary and the Ottoman Empire, and in 1878 they attempted to seize power in Bosnia and Herzegovina.

The decline of the Ottoman Empire coincided with the growth of Serbian nationalism, which peaked with the assassination of the Archduke of Austria by a Bosnian Serb in 1914 and marked the official beginning of World War I.

It was on June 28th, 1914, that Gavrilo Princip killed Archduke Franz Ferdinand of Austria. The fact that Ferdinand was slated to become the next Austro-Hungarian emperor made him a prime target. The day before his death, the Archduke visited Sarajevo to assess imperial army forces in Bosnia and Herzegovina, formerly Ottoman provinces that Austria-Hungary had gained in 1908.

On June 28, Sarajevo resident Gavrilo Princip opened fire on Ferdinand and his wife Sophie as they rode in an open automobile. Austria-Hungary issued an ultimatum to Serbia after the assassination; Serbia’s rejection of the demand prompted the former empire to declare war on the latter, with Germany’s blessing. That’s when Russia stepped in to help Serbia, sparking WWI.

Countries all around Europe formed alliances during the imperial era that preceded World War I. In the event of a battle between one ally and another Great Power, all members of the alliance agreed to support each other. Russian and Serbian, French and Russian, German, Italian, and Austro-Hungarian, British, French, and Belgian, French, British, and Russian, and Japanese and British alliances were all solidly in place before World War I broke out.

Most international tensions may be traced back to 1907, when France, Britain, and Russia created an alliance they dubbed the Triple Entente. In Germany’s eyes, the alliance that encircled them constituted an existential menace. As hostilities escalated, previous alliances contributed to the declaration of war by other countries against one another.

The development of the Allied and Central Powers during World War I may be traced back to these alliance disagreements, which ultimately resulted in the foundation of the two sides of the war. Both Italy and the United States joined the war on the side of the Allies (Russia, France, and Britain) by its outset. Germany, Austria-Hungary, the Ottoman Empire, and Bulgaria took turns making up the Central Powers.

Commonly referred to as the “blank check assurance,” this was the alliance between Germany and Austria-Hungary that sparked World War One. Germany gave Austria-Hungary unconditional support following Franz Ferdinand’s assassination in July 1914, during a conference with Austrian Foreign Ministry officials, the Austrian Ambassador to Berlin, the German Emperor, and the German Chancellor.

This “blank check” was an attempt to secure the Balkans through military and diplomatic means with no strings attached. It also bolstered the resolve of the Austro-Hungarian Empire’s top brass to wage war against Serbia.

The fact that Germany didn’t pull its unequivocal backing when it had the chance makes it one of the most divisive decisions in the annals of contemporary warfare. It’s also a big reason why many people blame Germany for the expansion and prolongation of WWI.

Many different kinds of groups and movements throughout the religious, political, and social spectrum hold the view known as “millenarianism,” which holds that the world as we know it will undergo a radical transformation in the very near future. Historians agree that German enthusiasm for participation in World War I, known as the “Spirit of 1914,” was high in the years preceding up to the conflict.

German nationalism and sympathy for the monarchy were strengthened by the government’s belief that joining the war and siding with Austria-Hungary would cement Germany’s position as a world superpower. The early victories of German forces in World War I gave the German government the opportunity to portray itself as more powerful when its citizens were united and patriotic.

Sadly, Germany’s lack of preparation for the lengthy war had a devastating effect on the country’s morale, and the ensuing demoralisation helped pave the way for the creation of the Third Reich a mere two decades later.