Virtual Reality companies are actually going to take it a bit further and experiment in the field of trading. They’re also focused on stock trading through a business called D6 VR. It was developed by former Morgan Stanley analyst Andy Maggio who told CNBC in an interview, “I believe VR will be the most transformative technology in our lifetime.”

While Maggio admits the technology isn’t quite ready for prime-time, he says the quality of the technology is rapidly improving. “The resolution is double what it was five years ago, the hardware is moving forward very quickly, it’s lighter and easier to use,” he said. 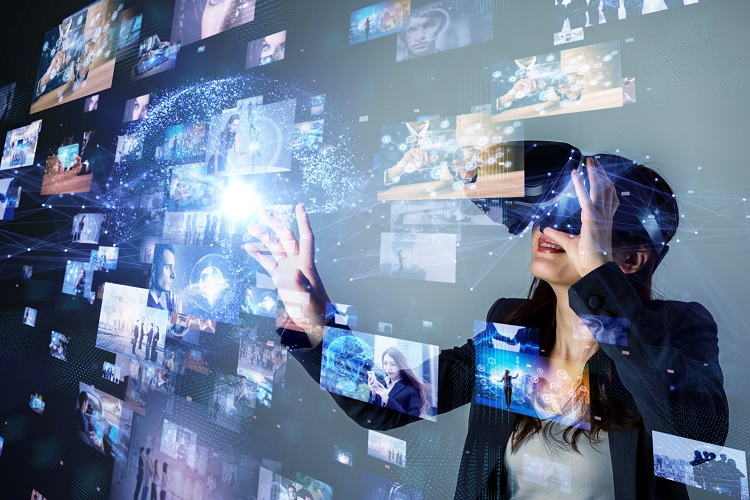 Former hedge fund manager and Glimpse Group CEO Lyron Bentovim isn’t surprised by the pace. “Wall Street is slow to adapt, but this is the future of trading,” he said. “Traders just don’t have enough real estate on their desk,” said Managing Director Andy Mahoney. “We can do better than a keyboard, screen, and a mouse.”

Bentovim makes the argument that a trader can see usually six to eight screens at the most in the physical space. “You’re limited,” he said. With VR you’ll be able to see and interact with dozens of screens and layer data upon data. “I can see a trader observing multiple trends and then immersing him or herself in the data without being constricted by physical limits,” he said.

“Clients love it, but they still don’t think we’re there yet… but we will be soon,” said Mahoney.

“The real advantage is the ability to visualize data in multiple dimensions,” according to D6′s Chief Technical Officer Brennan McTernan.

As far as adoption is concerned, the team at Glimpse is ready to be patient. CEO Bentovim said, “there was a time when nobody had a computer on their desk, then the tide turned very quickly.”