In today’s world, everyone wants to be entertained. People always search for different ways through which they can remain occupied and entertained. Some prefer listening to music, reading books or streaming videos. Above all, the majority of people prefer watching videos. There are so many platforms available on the Internet for streaming videos and movies.

After a busy and tiring day, these videos help people to release their exhaustion. Some of the commonly used platforms are YouTube, Facebook, or binge-watching movies on OTT platforms. Apart from watching pre-recorded videos, some also prefer watching live stream videos. We can easily find any of such videos on our social media platforms. 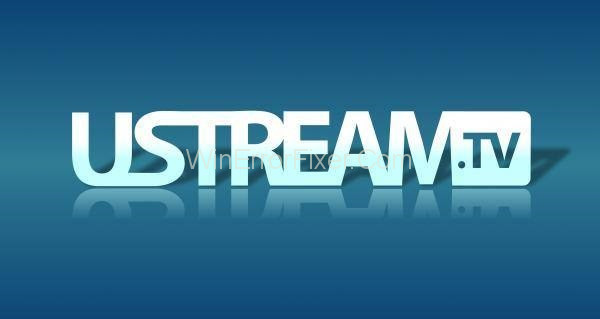 Such platforms are helpful for digital creators to enhance their popularity. People can interact with celebrities through the comment box. Apart from our very own social media platform, there are some other applications available that can easily provide an access to live streaming and broadcasting. One such platform is “Ustream”.

This platform has been taken over by the IBM company for about $130 million. The purpose of this acquisition by IBM company was to provide a new cloud video service unit to the people. Currently, they are working on it. Apart from Ustream, other companies like Clearleap, Clearsera and Aspera were also acquired. It is expected that this will eventually boost the performance of IBM in the market.

But at the same time, there is no clarity that Ustream will continue to service in future or not. Hence, to fill the void, other alternatives of live streaming platforms have also been introduced. Some of them are,

Nowadays who doesn’t use YouTube. It’s at the top, the most used application for video streaming. Hence, its popularity is increasing exponentially. Apart from streaming videos, the application also has an option for coming Live. Though the feature was introduced in 2011. All it requires is registering yourself on YouTube by filling in the basic information.

After that users can get through the option of going live. By selecting that, YouTube will take the user to host a live stream from the user’s channel. From here, the creators can play games, report news, give tutorial lessons and many more. Creators can also interact with the audience through the comment box, monetize through ads, change audio/video options etc. This is the best way to grow any small business.

Livestream is yet another alternative to live videos streaming. Similar to YouTube the application helps its users to broadcast or stream live videos. It helps creators to play games, interact with their audience, or report news quite easily. Videos can be broadcasted through smartphones, tablets, laptops, PC, etc.

This platform is also a leading platform for live video streaming. It is also known as Justin. tv. About 1.7 million creators hold their live stream on this platform per month, with over 100 million audiences. The platform enables hosting games, tutoring, event, and the whole esports scene, etc.

Its application is available for both Android and iOS devices. Through Chromecast, the audience can easily stream live videos on the big screen. The audience can chat as well. Even Nvidia, Shield, Xbox, PlayStation 4 can also be connected through this platform.

Bambuser offers live streaming and broadcasting by taking care of the needs of the creators. Whether it’s for gaming, reporting news, or tutoring, Bambuser has every feature and customization option the creator is looking for. It is available on both Android and iOS devices.

Apart from sharing pictures and chatting with our friends, Facebook also offers its users to broadcast and watch live streaming. In the beginning, this feature was limited to only celebrities. But with time, this feature broadened and is now available for all. From the option of status update, users can do live streaming.

It also allows users to decide whom they want to show their real-time video. The video will automatically be posted on the timeline of the user, once it is over. Users can also follow their favourite public figures to get notified about their video streaming.

Owned by Twitter, periscope allows its user to interact with their audience through live streaming very easily. The application instantly sends notification of video streaming to the user who follows that particular public figure. After the live stream is over, the video will get saved on the timeline. It is available on both Android and iOS. This is considered the best tool for video streaming instantly.

Similar to periscope, Meerkat allows users to broadcast their video live on their Twitter account. But unlike periscope, the application does not allows replays.The videos can be easily saved in the Meerkat library, from here viewers can easily re-stream those videos. This is also available for both Android-stream device.

This application is best suited for people who want to hold debates on any particular topic. Apart from debates, this is also useful for holding talk shows. Currently, the application is available for only iOS devices.

Live streaming is in great demand among celebrities and creators. It not only help them grow their popularity but also enables the audience to interact with their favorite celebrities, which they could have never be able to do in person. Small businesses can also grow on such platform free of cost, which otherwise would cost a lot. Hence, such websites seems useful in today’s world.