Rafael Nadal and Carlos Alcaraz squared off in the quarterfinals of the Madrid Open on Friday, with Alcaraz securing his first win over the Spaniard and advancing to the semis against world number one Novak Djokovic in the process.

The first Spanish player to defeat Nadal since Fernando Verdasco did it at the 2016 Australian Open was Alcaraz, who overcame an ankle injury in a wild match at the Manolo Santana Stadium. 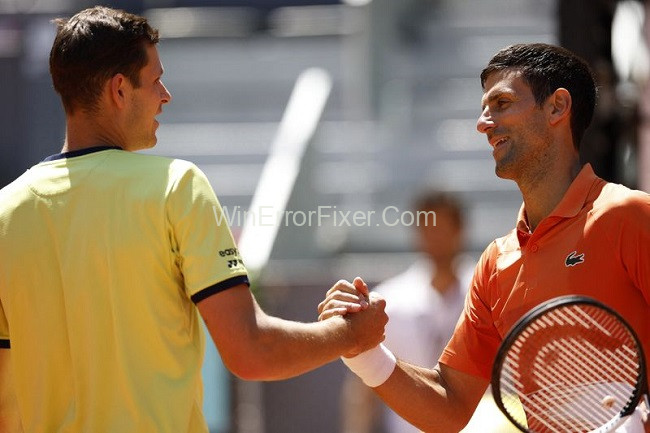 “I appreciate it greatly. I’m pleased with the results of my daily efforts. “It means a lot to beat Rafa, the greatest clay-court player of all time,” Alcaraz remarked.

Last year, on his 18th birthday, Alcaraz lost to Nadal in Madrid in straight sets as a wildcard rated 120th in the world.

It was Alcaraz versus his older Spaniard again at the Indian Wells semifinals in March, where the older Spaniard prevailed in three sets. He finally got his comeuppance on his 35-year-old compatriot the day after he turned 19.

In the first set, Alcaraz dominated and controlled the points, but he hurt his ankle trying to reach for a game-winning forehand in the second.

Nadal took advantage of the spectator’s illness to run away with the match and beat the younger Spaniard.

Alcaraz fought back from a set down to beat Rafael Nadal in the final, despite Nadal’s best efforts to take the match to a decider.

As Alcaraz explained, “the fall in the second set affected me a lot.” Afterwards, I went to the washroom and figured I could come back and give it my all, even if I had lost the second set.”

In order to Win, “I had to be Willing to Fight till the End.”

It’s time for Alcaraz to meet Djokovic in the final, and the Spaniard quipped that he’d resort to Argentine David Nalbandian for help in defeating the Serb.

In 2007, an unseeded Nalbandian beat the Big Three of Nadal, Djokovic, and Roger Federer in the quarter-finals, semi-finals, and final of the tournament, respectively.