What is the TAP-Windows Adapter?

A Windows tap adapter is an exclusive network driver installed by most VPN programs. This adapter appears after the installation of the VPN client. Some of the VPN clients include Hamachi, SoftEther, Cyberghost. 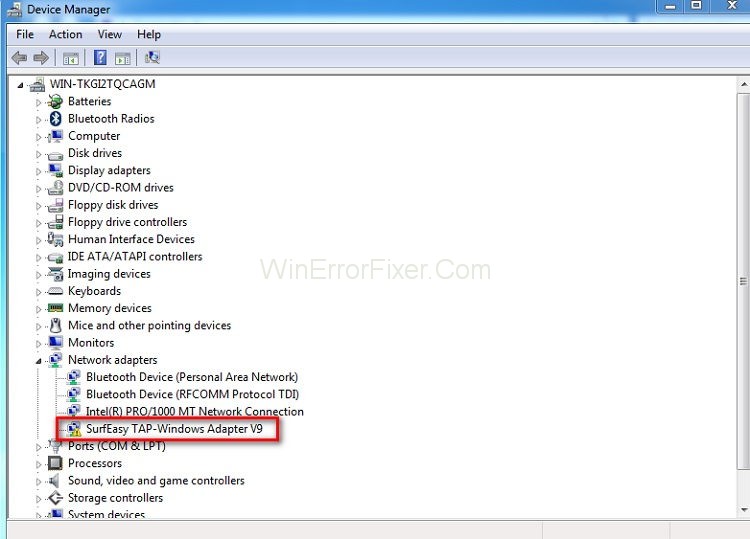 When to Reinstall or Delete the Tap Windows Adapter

While the VPN connection is active and you are facing connectivity issues, you must investigate. You might be having problems with the corrupted driver. So reinstall the Tap Windows Adapter.

You have the problems with internet connectivity if you have stopped using your previous VPN connection. These issues can be solved by removing the adapter. The adapter will get reinstalled if you keep your VPN software on the system.

How to Remove the TAP windows Adapter V9

Depending on the type of VPN software in the system, the adopter will re-appear every time when the system boots up. Follow all the above methods until step 5 to uninstall the Windows Adapter V9.

Follow through the on-screen prompts until the driver is removed. If you stop at this step, then the driver will return to the next startup.

To ensure that the driver should not automatically reinstall on your computer. Follow the below steps:

Step 4: Locate the VPN client and uninstall it.

Step 5: Make sure you remove all the clients if you have tried VPN solutions before.

How to Re-Install It

Unable to connect to a VPN network? Check if it is installed correctly. Reinstall it if there are signs of corruption. Follow the below steps to reinstall the Tap Windows Adapter:

Step 1: First of all, start terminating the VPN connection. And close the associated VPN program.

Step 2: Type Windows Key + R to open the Run window. Now type “devmgmt.msc” and hit enter. It opens you to the Device Manager.

Step 3: Move down to Network adapters and expand the drop-down menu.

Step 4: Locate Tap- Windows Adapter V9. Check if it has an exclamation mark. If it has the mark, then reinstalling works in that case.

Step 6: Once it is removed, then open the VPN client. According to the VPN software, it will either prompt to install the Network Driver or install it automatically.

Step 7: Go back to the Device Manager. Check if the yellow exclamation icon is removed.

The above methods will help you to Re-install and Remove Windows Adapter V9.