Many players have complained that the Sims 4 gets stuck on the loading screen and won’t advance no matter how long they wait.

Despite the fact that the game is extremely popular and designed to let your imagination run wild. For some players, the issue begins after they have installed add-ons or modifications to the game, and continues even after the loading screen appears.

Although a few people have reported it, the update broke the game’s ability to move past the screen when choosing a family and starting a new game. 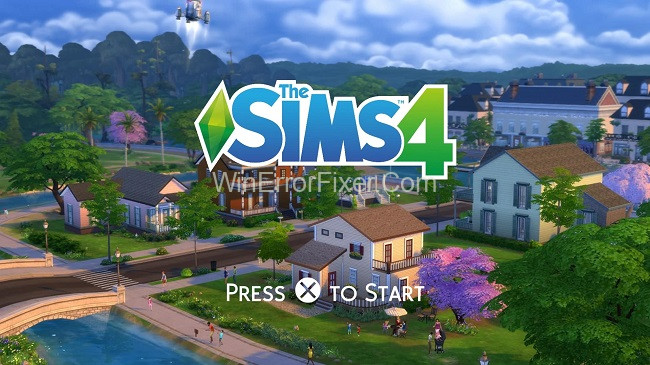 Damaged Game file – File is Damaged When attempting to open and run a certain game, you may encounter issues such as getting stuck on the loading screen if the game’s files were destroyed during the installation process. If you’ve tried everything else and the game still isn’t working, try uninstalling it and installing it again.

Outdated Windows – The Sims 4 cannot be played on an outdated version of Microsoft Windows, so be sure to upgrade your system or enable automatic updates before trying to play. There’s a chance that the game won’t operate smoothly due to compatibility difficulties. The most recent Windows update could fix the issue.

Programs running the background – Third-party background processes frequently use all available system resources and interfere with the game’s smooth operation. It’s possible that disabling the unnecessary add-ons will help.

Origin cache corrupted – The Sims 4 stuck on loading screen might be caused by a faulty or outdated copy of the Origin cache files. If clearing the origin cache doesn’t fix anything, try another solution.

Antivirus confliction – Many times the 3rd party antivirus installed on your PC start clashing with the game’s data and also stop it from functioning. If you have an antivirus product installed, you should disable it or remove it temporarily.

So, the issue house continues to take an infinitely long time to load even after all mods have been removed.

Fortunately, a member of the EA Forum has suggested a simple and effective workaround for this problem. We won’t waste any more time, so let’s get down to business.

Step 1: Load another family from the same saved game and play for a few hours.

Step 2: To return to the previous family, simply save your game, exit, and restart (problematic).

Step 3: Then, you can revisit the troublesome family (switch it).

Step 4: When you’re done, select “save as” to give your new filename a new location.

Step 5: The data you’ve already saved in the game will be safe while you try out the new version.

Whether you’ve already tried this and it didn’t work, you can load a save game from a previous save to see if that one has the problem.

Several gamers who have experienced the stuck-on-loading-screen bug in The Sims 4 have reported success after trying the “household swapping for a few sim-hours” solution.

The corrupted saves can be loaded normally once more.

As a result of this issue and other factors, many players have expressed frustration that they are unable to play The Sims 4.

Most gamers are quite worried about making mistakes while playing. Don’t be afraid to hunt for answers if you run across other problems while playing.