Funerals for the 45 people, including children, who were killed in the crush on Mount Meron on Friday resumed as the Shabbat ended in Israel.

With the tragedy came renewed accusations over who was to blame for the tragedy. On Sunday, as a national day of mourning for the victims of the religious festival that turned into a deadly stampede. 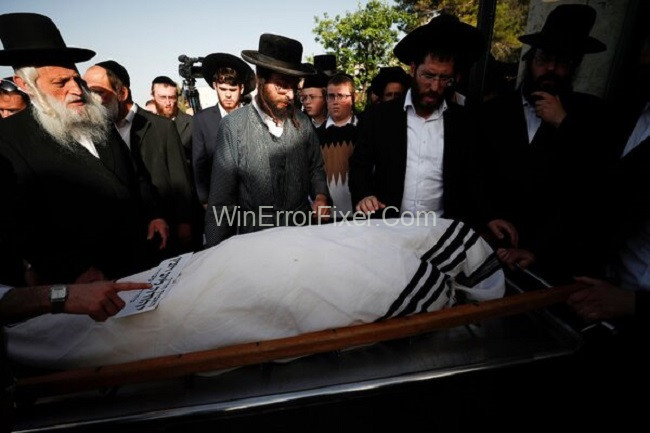 Flags were lowered to half-staff at the Knesset and other public buildings in Israel. The sombre mood was accompanied by a heated public debate.

And accusations over the actions of key public officials and Israel’s ultra-Orthodox communities, from which the vast majority of the victims and casualties have emerged.

Finance Minister Avigdor Liberman and Justice Minister Gideon Sa’ar issued a joint statement saying, “The anguish cannot be eradicated, but we will do all in our capacities to provide the fullest response for the families.”

The 45 families both in Israel and the rest of the Jewish world have lost a great deal. They wanted the government to do any and all measures necessary to stop such tragedies and help the families of the victims.

Many of the victims were Israelis, but there were also American Jews and those from other countries who were killed.

The families “felt terrible loss and pain first and foremost,” Liberman said, “because the disaster that unfolded in Meron is of a national dimension.” The method of financial aid we have devised is vital, in our opinion.

According to Policeman, No Extra Precautions Has Been Taken to Save The Location

Israeli news outlets reported on Saturday that senior police officers had placed blame on the Ministry of Religious Services, which had approved event security plans earlier in the week.

A police spokesman, however, said that the area had not been protected in any special way since the stampede.

Three officers on duty on the mountain said they had not been told to limit visitor numbers since Friday’s deaths.

On the mountain, the area of the stampede was not cordoned off, so pilgrims who stayed there continued to walk through it.

Questions about the government’s, religious leaders’, and police’s responsibility for the tragedy that killed 45 people at a sacred site in northern Israel arose rapidly on Saturday, prompting calls for accountability.

One of Israel’s worst civil tragedies, a rush on Mount Meron early Friday morning during a pilgrimage.

Was anticipated for years by warnings from local politicians, journalists, and ombudsmen that the place had become a death zone.