We all know what Google Play Store is. It’s a treasure house for Android users. Play Store contains millions of applications ranging from games to wallpapers, fitness apps, music, movies, e-books, and any and every app you can ever imagine. Most of them are available for free, but some of them are for in-app purchases.

Play Store contains double the number of applications present in the Apple iOS store. Despite all these advantages and options, there are some genuine limitations in Google Play Store, which can urge the user to switch to another alternative app store. 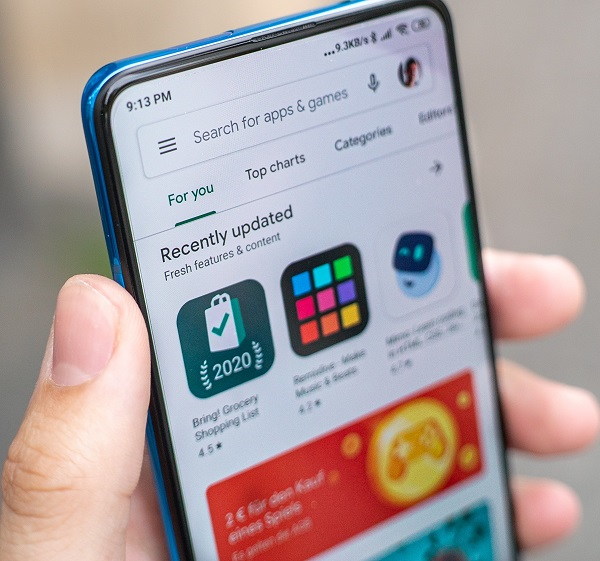 Why Do People Look For Play Store Alternative?

If you are using Google Play, then you should forget about your privacy. Everything comes at a price. You pay with your privacy for all the free apps that you get at Google Play Store. You need a Google account to use Google Play. It keeps track of all the applications that you have ever downloaded and the devices you have associated it with.

Even if you have downloaded an app for just a few seconds, then you should know that Google has it logged. You can find all the apps you have ever downloaded in the Libraries. It is done mainly to save the app data if you ever change devices. But for those who don’t want this feature, opt for alternatives.

If you have finished using Google due to some privacy concerns, then you can’t use Google Play Store either unlike YouTube and Google Maps, which work even without a direct Google account. Thus now you need a new alternative store for yourself and is hunting for the perfect match.

3. Not all Apps are available on Google Play

One of the major reasons why people are on the lookout for new alternatives is because even though Google Play has a ton of applications, it can not possibly have all of them. There are certain apps which are age-restricted, and others which are only available to certain geographic location due to government policies.

You can’t get these apps on Google Play. It doesn’t allow any other store application on their platform either. On top of that Google regularly removes apps which violates their rules and regulations

Android doesn’t, by default allow you to download apps from external sources. You need to make a change in the settings.

This will allow you to download apps from external sources. Now let’s check the Alternatives

The first one of the alternatives is APK Mirror. It is an app store application that allows you to download all Android apps on your phone. It can be said as the best alternative to Google Play Store. The apps which are available for a price at Google Play Store are available for free here. But when you look into it, you will find that APK Mirror does not have any particular Android app.

However, you can download apps from their official website, and that is good enough to work as a Google Play Store Alternative. But if you are concerned about security, then you can check out their blog to ease your mind before making any decision. The app is completely free of charge. So that’s a relief, at least.

Amazon App Store allows you to download movies, games, other applications at a lower cost than Google Play Store. They have a lot of options that you can choose from. They have a unique and extremely different system called ‘free app of the day.’

It’s exactly like it sounds. Every one day, they make some paid apps free (just for one day), which the user can download without any charge. So if you visit the store every day, you get access to many high-quality premium apps free. Sounds really great, right? It is!  There is no security concern regarding Amazon App Store because it is backed up by a big named company.

The next one up is Mobogenie. It is an excellent alternative for Google Play Store. It offers you many premium apps free of charge. Also, it can monitor your taste and preference and offer you suggestions for several apps.

It has an advanced recommendation system. You should go and check this one out if you are out on the search for one of the best alternatives for the Google Play Store. This one probably won’t disappoint you because it is free of charge!

The last but not the least alternative for the Google Play store is Aptoide. This is an open-source app. It has a vast collection of more than 700 Android applications, including games, movies, music, e-books, and so on. The interface is highly advanced and user-friendly.

It worked under different networks and unified them under a single platform. It might cause you concerns about security, but they claim to be fully secure. Why don’t you check them out before making the final decision? Options never hurt anyone, did it?

Should You Replace Google Play Store?

While there are many reasons for replacing Google Play Store, there are reasons not to quit too. The following are some of them –

While using the Google store, Google will always breach your privacy, but no one else can. Of course, you can make peace with it, or you can completely stop using Google Play Store and opt for other options, but they too come with their limitations. Nothing is perfect in this world. You can use any third-party app store when you want to download apps not available on Google Play Store or when you want to download premium apps for free, but other than that, we don’t find any other valid reason to leave Google Play.