Various platforms, such as Steam, Xbox, Epic Games, and other game providers, release new, amazing games regularly. There are also many retro games out there that are worth playing due to a combination of factors like superb gameplay, storyline, and ever-expanding sequels. Here is a list of some amazing PC games that you should consider playing this year.

This is a 2011 action game that was published by Warner Bros. Interactive but developed by Rocksteady Studios. The game is based on DC Comics and is a sequel to the 2009 video game titled Batman: Arkham Asylum.

It tells the story of Batman incarcerated at Arkham City, which is a super prison that houses the decaying slums of the legendary Gotham City. Batman must uncover what Hugo Strange, the facility warden, is up to, and the sinister happenings in the town.

The game makes it onto the list due to its excellent third-party perspective in telling the story. This makes it easy for players to bring forth Batman’s stealth and combat skills and explore the gadgets at his disposal with ease.

You also get to marvel at his detective skills. Batman can move freely across the city, interacting with other characters. Players unlock new areas and get better gadgets as they win missions. There are also side missions besides the main story.

This action-role-playing game by Capcom was developed for the Nintendo Switch as the sixth installment of the Monster Hunter Series. Fortunately, there is a version for Microsoft Windows that was released in early 2022. 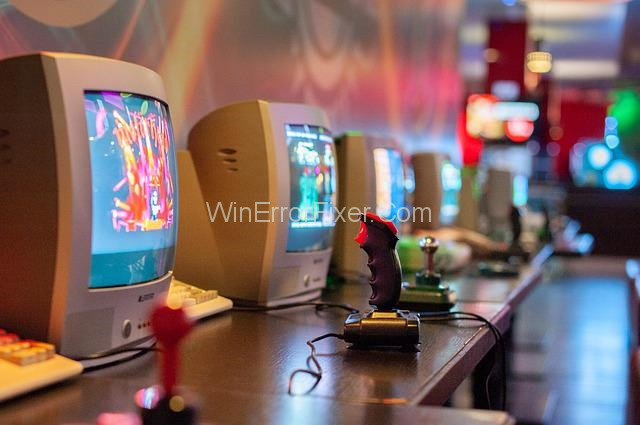 The game allows the player to take the role of a monster hunter, whose main task is to capture or slay large monsters using various tools and weapons. Players proceed to weaken these monsters to prevent them from doing additional damage while at the same time escaping their attacks. With each successful quest, the player gets various loot in the form of monster parts, which they use to make additional weapons for the next quarry.

There is a rideable palamute that helps players move about as they go about their missions. In addition, a grappling hook helps complete missions more effectively. Unfortunately, there is no transfer option from the Nintendo Switch, which you can use to save the progress you have made before playing on the PC.

Elden Ring is an action role-playing game that is published by Bandai Namco Entertainment but was created by FromSoftware. It is available on the Microsoft Windows Xbox One, S, and X series and both PlayStation 4 and 5. This third-person perspective game is available in single and multiplayer modes where players move freely in its intuitive open world.

This is basically an exploration game where players are free to roam a large open field, collecting gifts and exploring caves, castles, and catacombs. Most exploration is done using the character mount called Torrent, which is the primary mode of transport. In the course of the exploration, they meet various non-player characters and enemies that rule the lands they are exploring.

Players use a combination of tools and weapons, along with magic abilities, as well as dodging mechanics and blocking techniques. The stealth system enables players to approach enemies with greater precision and ease, scoring hits as they explore the land.

Plinko is a gambling game that you can play for free or with real money online. Unlike other casino games, it is a ball game where players accumulate virtual currency as they move the ball on a digital board. This virtual currency can be withdrawn as cash on some platforms or redeemed as gift cards.

It is an easy-to-play game where you are only required to throw balls on a pegboard and ensure that they fall into slots. In some variants, you may get cash, tokens, or numbers in the slots. With alphabets, you have to make a combination to hit the jackpot. Learn how to play Plinko online and try the game for free before playing for real money.

Psychonauts 2 is published by Xbox Game Studio but was developed by Double Fine. It is available on Windows, MacOS, and Linux. In the game, players control Raz, a young acrobat character that is training hard to become a Psychonaut. This is basically becoming a member of the international task force that uses their psychic abilities to prevent the evil deeds of other characters that have psychic powers.

The first assignment is to unravel the kidnappers behind the team leader’s disappearance, then uncover all the mysteries behind the main character’s family. To achieve these goals, Raz must enter the minds of several characters to get clues. Then, he must fight his way through the twisted minds and monsters produced by these thoughts.

There are several new and customizable powers in this sequel, which makes it more fun than the original game. It is fun and easy to play, even for beginners.

Little Nightmares II is a horror adventure game that was published by Bandai Namco Entertainment but developed by Tarsier Studios. This game follows the events of the first game of the same name and takes place in a 2.5-dimensional world. Players explore the world, where they encounter platformer-like issues where puzzles block their way to success.

In the sequel, the player has more options than in the original game in that they can break some puzzles and swing some items to others to remove them on the way. The game starts with a player called Mono who wakes up with a paper bag over his head after being in a nightmare where he saw a door marked with an eye at the end of a long hallway.

After this, Mono journeys through the wilderness and ends up in a decrepit shack. Here he frees Six who was held captive by a masked hunter. Similar events occur later in the game.