Marleau was selected second overall by the Sharks in the 1997 NHL Draft, and in his 21 years with the team, he has broken about every record imaginable. 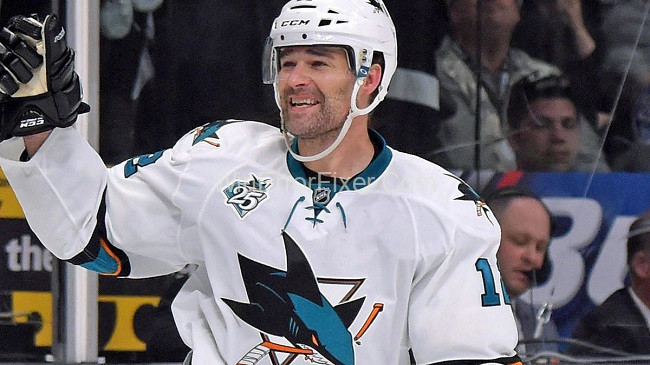 Except for his two years (2017–18 and 2018–19) with the Toronto Maple Leafs and his subsequent trade to the Pittsburgh Penguins in 2020, Marleau has been a reliable mainstay in the Sharks’ lineup.

At least 74 games were played in each of the forward’s 82-game seasons, and he participated in all 48 games in the lockout-shortened 2013 season.

All 66 possible games in the pandemic-shortened 2019-20 regular season, and all 45 games so far this season.

Marleau Skated in His 1,768th Career

It was Marleau’s 1,768th career game, and the San Jose Sharks’ 3-2 shootout loss to the Vegas Golden Knights on Monday night marked the end of Gordie Howe’s record-setting run.

Even though the game was away from Las Vegas, the enthusiastic Golden Knights fanbase gave Marleau a warm welcome during pregame.

Christina, Marleau’s wife, and four of their sons were there to support him, something they couldn’t do in San Jose because supporters are still not allowed there due to the ongoing pandemic.

The 41-year-old Marleau has played 1,596 games for the Sharks, 164 for the Toronto Maple Leafs, and eight for the Pittsburgh Penguins throughout his career.

He Set the Record in His 21st Season

It is a testament to his longevity that he broke the record in his 21st season with the Sharks, more than 23 years after he first joined the team.

His streak reached 899 games with Monday’s game, putting him in fourth place all-time. On Monday night, Marleau got the opening faceoff, making his record official at the drop of the puck.

When play finally ceased, a video message from NHL Commissioner Gary Bettman praising Marleau was shown on the jumbotron at T-Mobile Arena.

Several Golden Knights, San Jose’s major foe since Vegas’s 2017 expansion, spoke well of Marleau, demonstrating the respect he has earned over his career.

Marleau has been complimented by both Marc-Andre Fleury and captain Mark Stone for his resiliency over two very different periods of hockey.

The more physical age at the beginning of his career and the current state of the NHL, when skaters are faster and conditioned for a more up-tempo style.