Players are unable to access the Overwatch 2 beta since the game is not listed on Battlenet. In most cases, this is because you lack a pass to the beta version of the game.

In the event that the Overwatch 2 Technical Beta stops working, players will be unable to participate. If you’re having the same issues I was, try applying the advice below.

Make sure your computer meets the minimum requirements, your internet connection is stable, and that you have access to the Overwatch 2 server before doing any of the following. 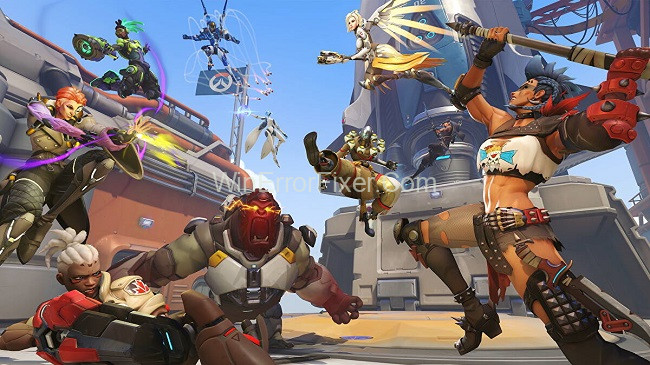 How to Fix “Overwatch 2 Beta Not Showing Up” Problem?

The Overwatch 2 beta may not appear in the Game Version page in Battle.net, even if the Watchpoint Pack has been purchased.

You may be wondering if you skipped a step in the process, as this purchase is meant to grant you immediate access to the closed beta. Fortunately, this can be corrected with little time or effort.

In order to play the game without any hiccups, you must always have a solid and reliable network connection.

As a result, before trying any further solutions, you should make sure your network connection is stable.

A wireless connection, however, raises the possibility that you won’t have a stable enough download speed to play the game smoothly.

For this reason, you should probably just plug the Ethernet wire straight into your computer.

Finally, if you’re having trouble getting online after connecting via the router, consider rebooting the device first.

If you want to participate in the Overwatch 2 Beta, the first thing you need to do after gaining access is to go into your Battle.net settings and select the beta option.

The steps needed to accomplish this are detailed below.

Step 1: Launch Battle.net and sign in as the first step.

Step 3: Several options, such as Apps, Downloads, Game Settings, and more, may be found on the left side of Settings.

Step 4: To access the Beta configuration menu, select the Beta option in Step 3. Then click the Beta Mode button.

After Battle.net has restarted, select the Game Version menu item, and the Overwatch 2 Tech Beta should be near the top of the list.

If you’ve verified that you meet all of the system requirements and have a stable internet connection.

But you still can’t access the beta version of Overwatch 2, the problem may be with the game server.

Errors like “the game has stopped working” and “the game will not load” can occur when the server is overburdened or goes down.

Due to a technical glitch, players are unable to participate in the beta for Overwatch 2. In most cases, this is because you lack the necessary Beta access pass.

However, it appears annoying or irritating since it limits the players’ ability to get their hands on the game.

Fortunately, there’s no need to panic; we’ve covered all you need to know to get around this obstacle and launch the Overwatch beta version.

The following are lists of potential causes of the problem and solutions that may work for you while you troubleshoot the issue.