The Nintendo Switch’s best feature is that it can switch. The Switch is a portable gaming device that can be docked and used as a home console.

Its innovative hybrid design has put it on course to surpass the PlayStation 2 as the best-selling console of all time.

It’s a refreshingly novel alternative to the Xbox One and PlayStation 4, its generational rivals. It’s true that there are occasions when docking your Switch is a frustrating failure. 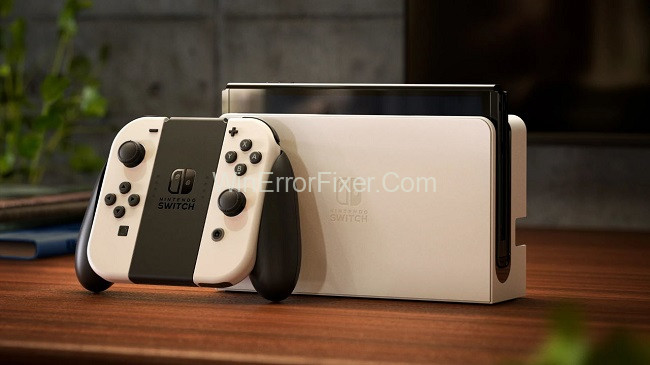 While the Switch works perfectly in handheld mode, docking it does not appear to have any effect and the green light may not even turn on.

In the event that your Switch Dock is malfunctioning, try these solutions.

There is no better gaming system on the market than the Nintendo Switch. As with any human creation, though, it has its flaws and you may encounter hiccups from time to time.

To have your broken Nintendo product repaired or replaced, simply mail it back to Nintendo.
However, most problems may be fixed without the customer having to reship anything.

If you’re having issues with your Nintendo Switch dock, check out these solutions before mailing it back to Nintendo.

Updating your Switch is a recommended initial step to take in any situation. Only the docking station.

With an Ethernet port can update the device’s firmware, provided that the docking station is in good working order.

You should try power cycling your complete system before we try any technical workarounds.

By cycling the power, you force your devices to start over, clearing off any temporary settings and forcing them to generate new configuration files.

Power cycling is commonly used as the initial step in troubleshooting because it is effective on both PCs and game consoles.

Make sure all of your data is saved before you power down. Keep in mind that there is a possibility that certain temporary settings will be restored to their original state.

Step 2: Now, for the next ten to fifteen seconds, press and hold the Power button.

Step 3: There will be a pause of 30–40 seconds now. You can also try restarting your TV and Switch during that time.

When the timer goes off, reconnect the power and start the machines up again. If you still have problems, try re-connecting your Nintendo Switch to the Dock.

If restarting the power supply doesn’t resolve the problem, try the following step. This suggests that the problem may reside in the hardware modules themselves, as temporary setups are not at fault.

Solution 3: Use the Process of Elimination

If restarting your Nintendo Switch dock didn’t fix the problem, you should try every possible combination to find out what’s causing it.

A faulty cable, for instance, can be replaced or repaired with far less effort than the dock itself.
To pinpoint the source of the problem, run tests on each individual part.

To begin, try charging your Switch without any other accessories by plugging the power cord directly into an outlet.

If the power cable is functional, that’s one less thing you need to worry about. Use your HDMI cable with a different system to test its functionality.

Using the same HDMI port on your display will prevent any problems from occurring with your cords.

If the problem persists after checking the HDMI cable, it could be a problem with the Nintendo Switch dock or console itself.

If you own a Nintendo Switch, you can connect it to a television through an HDMI connection and charge it at the same time with a dock called a Switch Dock.

The Dock has extras such a single USB 3.0 port and two USB 2.0 ports. After docking your Nintendo Switch, you’ll be treated to a smooth 60 frames per second in full 1080p HD resolution.