Kevin Feige, head of Marvel Studios, spent part of Monday’s “Shang-Chi and the Legend of the Ten Rings” premiere clearing up a “misunderstanding.”

Between Disney CEO Bob Chapek and the film’s star, Simu Liu, adding another layer of complexity to Disney’s already tumultuous relationship with its talent. 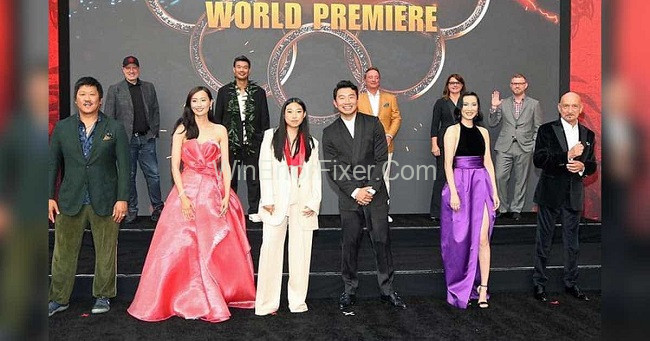 In light of the ongoing uncertainty surrounding the health and safety of moviegoers.

Due to the pandemic and Disney’s simultaneous premium releases of the films “Black Widow,” “Jungle Cruise,” and “Cruella” on its streaming service, Disney+.

Chapek referred to the film’s exclusive theatrical debut on September 3 as a “interesting experiment” during last week’s earnings call.

Liu took issue with the comment on social media, indicating that she felt Chapek’s words were derogatory to the film.

After the debut of Marvel’s first film starring an Asian superhero, Feige reportedly said, “there was no desire” on Chapek’s side to belittle or disparage the film.

Shang-Chi is a Historic Movie for the Disney-Owned Marvel

Because it features Marvel’s first Asian character, Shang-Chi, the film is significant for Disney-owned Marvel.

With Liu at the helm, Marvel Studios has created its first MCU picture with a largely Asian cast (and its 25th overall).

Last week, during an investor call, things started to go south when Chapek was questioned about the decision to only release Shang-Chi.

And the current Ryan Reynolds feature Free Guy in theatres rather than on streaming services.

All three of Disney’s recent theatrical releases—Black Widow, Cruella, and Jungle Cruise—debuted on Disney+ simultaneously with their theatrical runs.

Liu, a Canadian of Chinese descent, is best known for his role as Jung Kim on the critically acclaimed and widely popular Canadian sitcom Kim’s Convenience.

Which follows a Korean-American family as they run a convenience store in their suburban Toronto neighbourhood.

Scarlett Johansson, who starred as Black Widow, recently filed a lawsuit against Disney for allegedly breaking the terms of the film’s release.

Kevin Feige, head of Marvel Studios, is trying to smooth things over between Simu Liu, star of Shang-Chi and the Legend of the Ten Rings, and Disney CEO Bob Chapek.

When Chapek was criticised by Liu for calling the film “an experiment,” Feige reportedly called it a “misunderstanding” after Monday night’s premiere of the highly anticipated superhero flick in Hollywood.