Here’s all you need to know to repair the Lavenderbeard problem, which causes temporary server outages in Sea of Thieves.

There’s a wide variety of things to do as soon as you step foot on the soiled planks of your new pirate haven in Sea of Thieves.

However, the Lavenderbeard error, which prevents you from even opening the game, stands as an obstacle between you and the game’s pirate-themed setting. 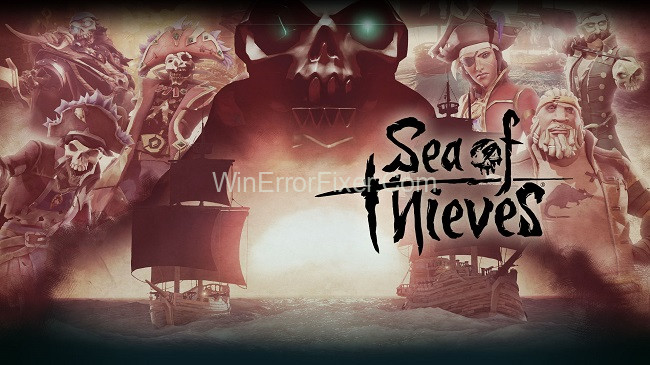 Having trouble connecting to Lavenderbeard in Sea of Thieves? Everything you need to know to bury this letter forever is below you now.

What is Sea of Thieves Lavenderbeard Error?

Lavenderbeard effectively notifies players that a connection problem has occurred, either on Rare’s end or on their own end.

Possible causes include server maintenance, a newly released game client, or a conflict between your antivirus software and the game.

In the first scenario, you won’t be able to do much until the developers fix the game-wide bug. No worries if this isn’t the case; there are other possible solutions to attempt.

How to Fix Sea of Thieves Lavenderbeard Error

The Lavenderbeard error can be fixed in a number of ways depending on the platform you’re playing on, but before you do, you might want to see whether Rare has detected a server problem.

In that case, we’ll stress again that you have no control over the situation and must simply wait.

You should be sure the problem is not being aided by a server issue before trying a local repair that has already been confirmed to work there.

If the issue is affecting a large number of users in your location, none of the suggested solutions below will likely help.

The only workable solution here is to hold off until Rare’s devs release an update to solve the problem.

If you’re experiencing server issues, it’s likely due to either Xbox Live’s infrastructure or the game’s own servers.

When the client version of Sea of Thieves is no longer in sync with the server, it is the most likely cause of the Lavenderbeard error code to appear locally.

When a newer game version is being deployed while you are still playing the game, this issue occurs in the vast majority of known occurrences.

Which platform you’re using to play will determine how you solve this issue. You can fix the issue on Xbox One by doing a hard reset and then installing the pending update.

Fixing it on PC is as easy as downloading the most recent patch from the Microsoft Store and applying it.

One of the many issues that Xbox One and PC gamers of Sea of Thieves are having right now is the infamous “Lavender Beard” mistake.

Since the problem and its solution are both PC-centric, this article is targeted mostly for PC gamers.

Because of its unusual name, the Sea of Thieves Lavender Beard mistake might be difficult to diagnose. There won’t be any purple or floral references here, I’m afraid.