Disruptions in online games, like Elden Ring, are unavoidable. If you get a “Connection Error Occurred” while loading a game, it won’t let you connect to its servers.

It may be challenging to pin down the precise origin of the problem, but that doesn’t mean it can’t be fixed.

Here’s what you should do if you get the “Connection Error Occurred” message in Elden Ring, and we’ll be happy to show you how to fix it if you do. 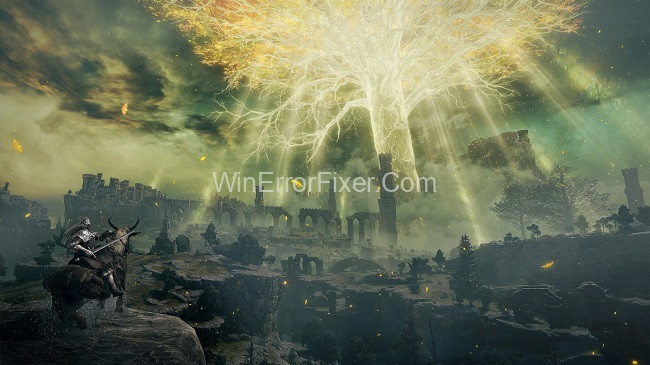 The connection failure in Elden Ring could have a number of causes. Your internet connection may be the true villain if it cannot reach the Elden Ring server.

The “Connection Problem Occurred” error in Elden Ring can be resolved in the following ways:

When playing online games like Elden Ring, the first thing to do if you experience connection problems is to make sure you have an active internet connection.

It’s critical that you have a reliable and fast internet connection.

If you’re experiencing lag or instability when playing Elden Ring, you may want to stop any concurrent downloads or streaming that could be to blame.

Elden Ring runs most smoothly if downloads and broadcasts are put on hold.

Your internet will still need to be troubleshot if that doesn’t work. The first step is to replace wireless internet with wired Ethernet.

Turn off your wireless connection and use an Ethernet cable to connect your device to your network. Your internet connection will become more stable as a result of this.

It’s time to attempt power cycling the router. Wait about a minute after powering down the router before trying to power it back up.

If your current internet connection isn’t working, you can always try a different one (if available). You can also use your phone’s hotspot functionality to link your computer to mobile data.

The server population of a popular game like Elden Ring can swell to hundreds of thousands at once. The servers may become overloaded and shut down as a result of this.

So before you start tinkering with anything locally, see if the game servers are available. If the gaming servers are down, there will be a lot of people moaning about it on the internet.

You’ll have to wait for the servers to come back online until this problem is resolved.

Some Elden Ring players have blamed the game’s voice chat bugs for their connection issues by posting about them on Internet forums.

Consequently, turning off audio chat is a viable solution to the connection fault in Elden Ring.

The Elden Ring voice chat must be disconnected from the internet before it can be disabled. When ready, proceed with the instructions we’ve outlined.

Practicing at Elden Ring is a fantastic method to hone both nerves and patience.

Since its release in early 2022, this stress test in the shape of an open-world Souls-like RPG has gathered a large fan base.

Where players can break into other people’s games and help them down the monster, for example, in a manner reminiscent of Souls.