Cryptojacking, otherwise known as malicious cryptomining, is a burgeoning menace that buries itself deep inside a computer and uses the device’s resources to mine cryptocurrencies. It can take over web browsers and compromise various devices, from PCs to mobile devices and even servers.

Like all other cyber attacks, the end goal is profit. However, much unlike different types of cyberattacks, the crypto-jacker aims to stay underground, unnoticed as they parasitize your device. You may now think of antivirus and want to read more about some effective options. 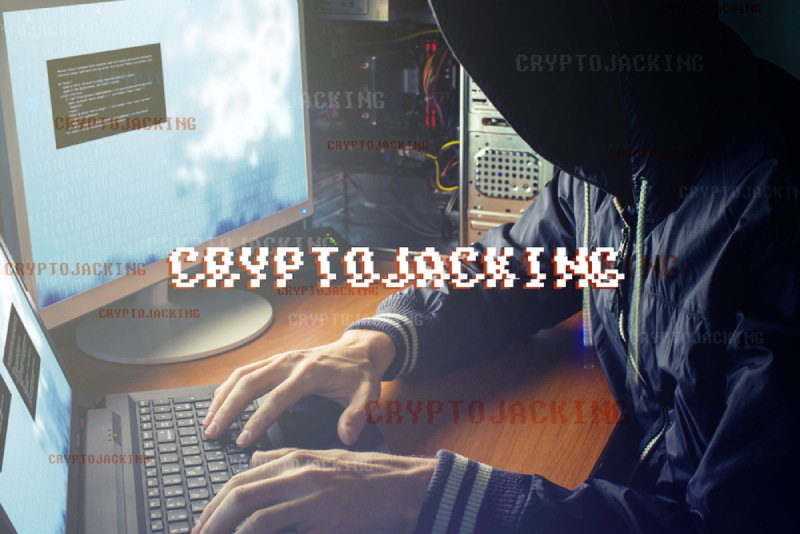 Nevertheless, to get a full comprehension of the mechanics and understand how to defend your devices against this new threat, you should know a bit of background.

Hackers employ two mechanisms to get a device to start mining cryptocurrencies covertly. The first method involves tricking device owners into unknowingly running cryptomining code. This is achieved through the usual phishing-like maneuvers.

A victim will receive a licit-looking email encouraging them to click on a link, which will subsequently run a code. The resulting sequence of events will end in a cryptomining script being installed on the device. This script will then go unnoticed as it takes advantage of the device’s computing power while the victim works.

The second mechanism involves scripts and ads found on multiple websites. These scripts automatically run on victims’ devices as they browse the internet and open various websites. Unlike the first method, no code is downloaded onto the user’s device.

However, you should note that regardless of the method used, the end goal is the same. The cryptomining scripts will still run multiplex mathematical calculations on the victims’ devices as they transmit the results to remote servers belonging to the hackers.

These two mechanisms are often used hand in hand as hackers try to get the most out of the victim’s device(s). For example, of a hundred computers being used to maliciously mine cryptocurrencies, a tenth of them might be generating revenue from scripts running on the victims’ computers, and the remainder could be achieving the same through browsers.

Some hackers create scripts that have worming capabilities. These scripts can infect a bunch of devices and servers riding on the same network. Unlike the first two, these are very difficult to track and remove. The result is that they can maintain a presence and persist on the particular network for longer as the crypto-jacker benefits more.

To increase their effectiveness, hackers can create cryptomining scripts with many versions to account for the various architectures found on a network. These pieces of code keep on downloading until one manages to infiltrate the firewall and install.

The Negative Impact of Crypto-jacking on Your Affairs?

While crypto-jacking might sound fairly harmless at first, it has very significant downsides. The scripts will not read your sensitive data or even attempt to access your file system. However, they will result in unforeseen operating and unwarranted expenses from powering devices to do work for someone else. There will be unexpected soaring of electricity bills and accelerated wear and tear on your machines.

Work will get slowed down due to slower computers. If you think your devices and serves are slow now, wait until a hacker manages to infiltrate your network and plant a cryptomining script.

While cryptominers don’t typically target your data, the damage done to your computers may eventually lead to loss of information if your devices succumb to the overload. The speed reduction can also open up doorways to attack by other malicious software.

Businesses can suffer from reputational and administrative costs of reporting, probing, and explaining the cryptomining activity to their clients and investors.

In the end, there are a few tell-tale signs that can indicate that you have been crypto-jacked.

How to Protect Yourself

To protect yourself from crypto-jackers, you need to employ not one but a combination of methods.

The first and most straightforward method is to have proper security hygiene. This means that your devices should have the latest and updated antimalware and antivirus at all times. As a result, this small step can go a long way in avoiding such attacks.

Furthermore, you should educate your employees and make them aware of the danger that crypto-jacking presents. Other things you can do include keeping a firm password policy and regularly backing up your data. Your team should also avoid doing any cryptocurrency business using work computers.