A little-known former staffer and Middle East expert was looking into what a “progressive” post-Trump approach. 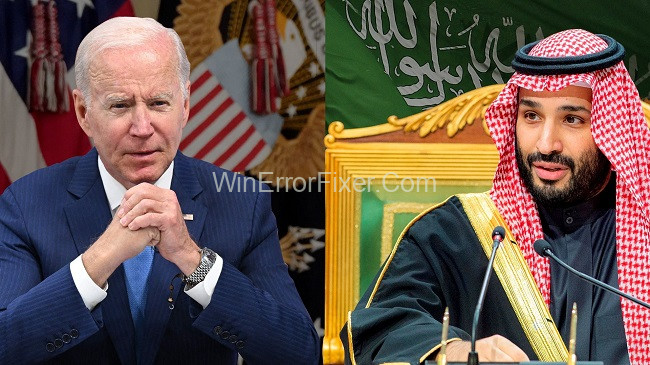 It may look like towards the oil-rich kingdom as Joe Biden boldly promised to do on a debate stage in late 2019.

As far as anyone could tell, the Trump administration was through appeasing the Saudis.

Many of his supporters were dismayed by the Biden administration’s lack of response to a report linking the crown prince to the murder of dissident and writer Jamal Khashoggi in 2018.

We begin our coverage of what we know about the Biden administration with part one today. Let’s start with how it treats Saudi Arabia.

Late January 2019, when Joe Biden boldly promised to make Saudi Arabia a pariah if he was elected president, a little-known former aide.

And Middle East expert was trying to figure out what a “progressive” post-Trump posture towards the oil-rich country might look like.

Policy expert Daniel Benaim, who had previously worked as a speechwriter for Biden and for Hillary Clinton and John Kerry, visited Saudi Arabia.

They interviewed hundreds of Democratic and progressive policy specialists to develop a framework.

The experts, who included former US diplomats, political appointees, academics, and activists, were split on one question.

The question is: was it worth repairing the US relationship with Saudi Arabia and its youthful and apparently reckless, deadly, and unstable de facto king, Mohammed bin Salman?

Who U.S. intelligence agencies have pegged as the mastermind behind the murder of Washington Post journalist and political opponent Jamal Khashoggi in 2018.

As Washington works to rebuild its relationship with the oil-rich nation and a young crown prince poised to rule the kingdom for many years.

Political experts say the White House recognises that a photo, and perhaps one with the two men shaking hands, may be both unavoidable and important.