This article presents the best shooters with cartoon graphics. Be it platformers, online, or first/third person games – everyone will find something for themselves! You need the best gaming PC under 500 for the best game you can play. Cartoon graphics in shooters are not repulsive at all – on the contrary, you begin to perceive the genre in a new way

We have collected the best shooters with cartoon graphics for you that you can play alone or with friends. 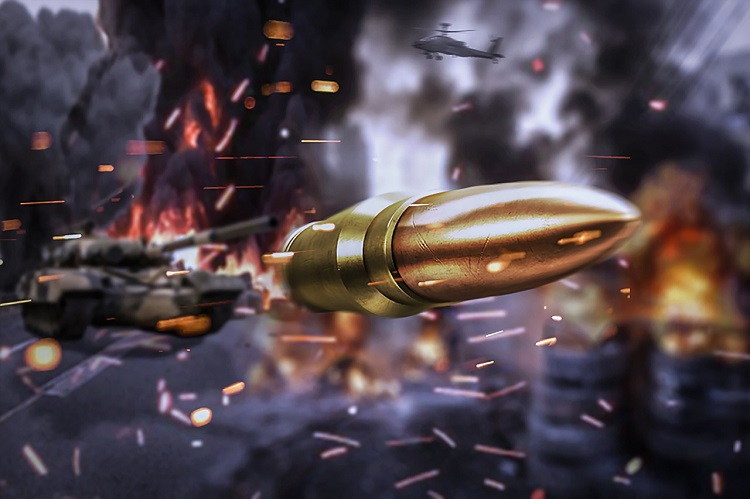 Borderlands are crazy action shooters with great humor. The series includes three parts and one branch, “The Pre-Sequel”. The player’s adventures begin with choosing one of the available mercenaries and going in search of the coveted Vault, which is said to be hiding untold riches. On your way, you will meet bandits, local monsters, and crazy lunatics.

You can play Borderlands in cooperative mode (up to 4 people). What is more, the game is designed for it. All parts have high scores and great reviews from critics and users.

Multiplayer shooter from Blizzard, which has quickly gained popularity since its release. There are no PvE-modes in it (but they will appear in Overwatch 2). Instead, players can fight with each other in different modes, such as capturing points and cargo promotion.

A distinctive feature of Overwatch is its characters, each of which has its own abilities. They are divided into roles: tank, damage, and support. Matches are unpredictable, as players constantly choose different characters (and can change them). This is a spectacular, cartoonish, and fun shooter that is suitable for playing alone and with friends.

Team Fortress 2 is a cartoon shooter that has been popular since 2007. Players are invited to compete with each other in a variety of modes (capturing points, domination, king of the mountain, escorting cargo, and so on). There are 9 classes to choose from: arsonist, medic, engineer, machine gunner, sniper, spy, soldier, scout, and bomber.

Fast matches, beautiful graphics, and funny animation will allow you to take a break from serious shooters and have a good relaxation. Another thing about Team Fortress 2 is the in-game items. Weapons, hats, clothing items – these and much more can fall out at random and allow you to stand out among the others. Or you can sell everything on the Steam marketplace.

An isometric team-based fantasy shooter. The game is based on the popular “MOBA” genre, with tower destruction and enemy base takeover. Before the start of the match, the player must choose a champion. Each hero here is unique and has his own abilities. Dragons with jetpacks, goblin riders, elves, and other creatures are waiting for you!

The game has excellent reviews on Steam. And users note the following advantages: good optimization, plenty of content, and many modes. You can play alone, using the system of selecting allies or play together with friends.

Shotgun Farmers is a funny shooter about farmers getting bored at work. They came to the point where they took up arms and started a shoot-out. But let’s not forget who our heroes are. They don’t keep guns in the barn; they grow them right on the battlefield. Each missed projectile can grow into a sniper rifle, rocket launcher, or something worse. And if you miss, you could end up being shot dead by the enemy.

The shooter offers competition in fun modes (“Scarecrow King,” “Chicken Run,” “Grab the Pig”) alone or with friends. Also, it unlocks a possibility to choose from a bunch of hats and costumes to help the hero become the most stylish in the village.

An online shooter in the style of a “cyberpunk show”. Players are sent to the future and become participants in a battle for survival, watched by thousands of spectators. Once in a skyscraper, you must search for weapons and kill other gamers until you are the sole survivor.

Unlike other Battle Royale battles, Total Lockdown takes place on multi-level locations, which adds variety to the gameplay.

Fortnite is the most popular animated shooter and action game. PvE and PvP modes are separated. PvE includes cooperative missions aimed at building a base and defending it against zombies. Unfortunately, this mode is for a fee, but PvP is free, and it’s the Battle Royale. 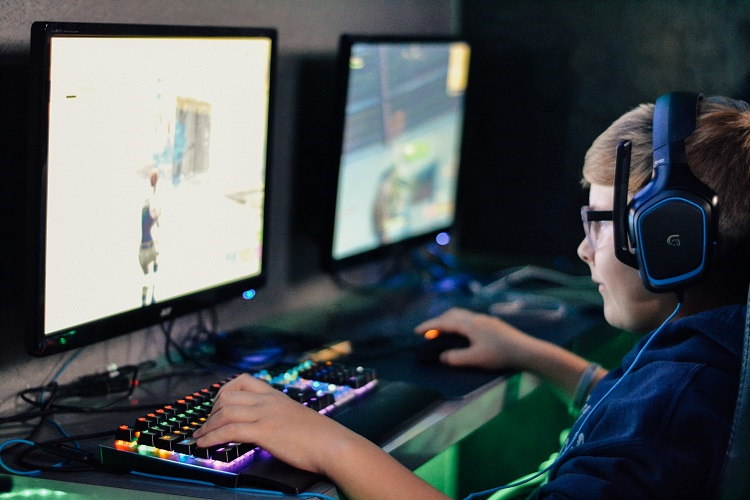 The player has to fight 99 other gamers on a huge map. Once disembarked, participants begin searching for weapons and gear. The only survivor wins. Thanks to this PvP-mode, the game became popular. Another advantage is its excellent cartoon graphics.

Plants vs Zombies was originally a two-dimensional tower defense game. Yet, the developers went further and turned it into a three-dimensional shooter. In the story, you take on the role of various plants that dare to challenge the walking dead. Each has its own weapons and unique characteristics (health, power, speed, and so on).

In addition to the single-player mode, there is also co-op and multiplayer. The game is not a success, but it is a creative and ambitious project that is worth playing.

Risk of Rain 2 is a cooperative shooter with “Roguelike” elements. Here, the gamers go through levels alone or with friends, destroying hordes of monsters. You can choose one of the available heroes and go straight into the thick of battle! The longer you stay alive, the stronger the enemies and bosses are. The game poses a real challenge to beginners and fans of the genre alike!

At the time of writing, Risk of Rain 2 was in early access on Steam, but users have already left ~30000 positive reviews of it!

Orcs Must Die is a game with a title that makes it clear what you will be doing in it. It mixes elements of shooter and tower defense genres and offers to defend fortresses from green-skinned monsters.

The player will set numerous traps and personally take part in a battle on behalf of a powerful wizard with a deadly weapon. The orcs that dared to invade his domain are definitely out of luck. For such an intense game, you need a good mouse. We suggest you get acquainted with the Naga Epic Chroma review. We’re sure you’ll like it.

The two games are rich in content (many fortresses to protect, guns to kill, traps, enemies). It offers a long single-player campaign and replayability through a variety of modes.

The arcade shooter Sherwood Extreme attracts attention not only with low-polygon graphics but also with an interesting idea. You will play for an overly agile Robin Hood who uses acrobatic tricks in combat. Like in Max Payne, the parkour here has a time-lapse effect that will make any game cinematic.

The noble leader of robbers will travel through the kingdom of Sherwood, destroy an army of orcs and unlock new clothes and weapons, opening the secrets of this wonderful place. And it’s all free.