The NFL made the decision to play “Lift Every Voice and Sing” before all Week 1 games this season after finally admitting this summer that it had mishandled player demonstrations during the national anthem.

Because of its monumental significance to African-American culture in the United States, the song is frequently referred to as the Black national anthem. 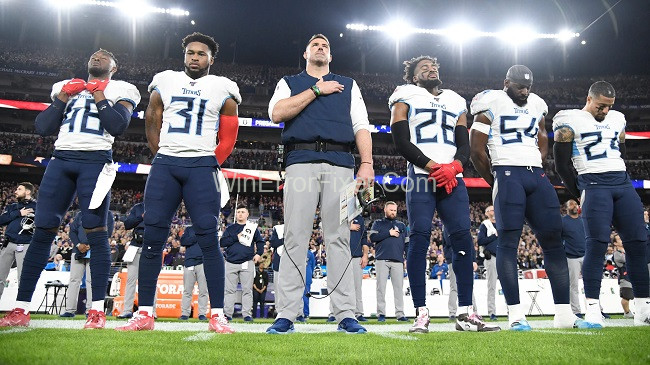 The NFL’s proposed policy regarding the national anthem has been met with a range of responses.

Some have argued that the league is overreacting by having both national anthems played at games in response to criticism it has received for limiting protests in the past.

Others feel the NFL isn’t doing enough to back the Black Lives Matter movement, which was mostly ignored by corporate America until it was politically expedient to embrace it.

Why Do We Play the National Anthem Before Every Sporting Event?

Every year, the Star-Spangled Banner is played or sung at tens of thousands of athletic events, from youth soccer games to college basketball games and, of course, NFL games.

Ever since the first Super Bowl in 1967, the song has been played, and it will continue to be played for many more years to come.

But why is it absolutely crucial that this music be played before to the opening faceoff, kickoff, or tipoff?

The song gained widespread popularity after its publication in the 1800s and was soon dubbed a “wartime anthem.” It was sung at Independence Day and other patriotic festivals and marches.

To further cement the Star-Spangled Banner’s status as the official national anthem, Secretary of the Navy Benjamin J. Tracy issued General Order #374 in 1889.

The song grew popular in the 1800s and was given before games, although it was not required to be played in sports settings until much later.

This season, both the National Anthem and “Lift Every Voice and Sing” will be sung at games.

The NFL deserves praise for reaching out to the Black community during a difficult time, despite the fact that some viewers did not respond positively to the new anthem policy.

As part of its $250 million social justice initiative, the NFL will play the song commonly recognised as the Black national anthem before every game during the 2021-2022 season.

According to the NAACP, the song served as a “rallying cry” for African Americans throughout the civil rights movement in the 1950s and 1960s.